The Four Types of Conditioning 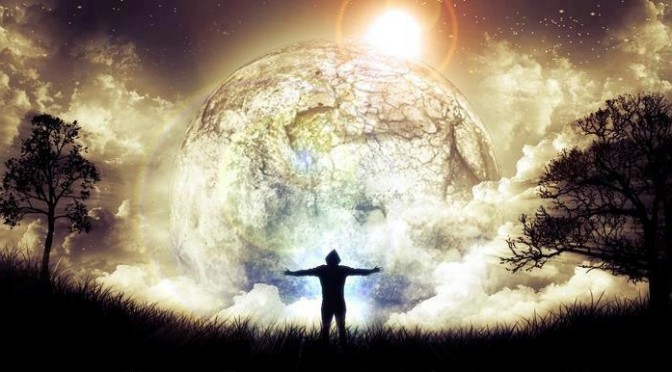 I’ve seen many people suffer so much in their life due to conditionings. As I was researching on how the conditioning started in us, I remembered clearly one Yoga Sutra from Patanjali on “The Law of Making Laws” which Paramahamsa Nithyananda (fondly known as Swamiji) expounded in 2010.

This is translated to “These great 5 vows – ahimsa (non-violence), satya (truth), asteya (non-stealing), brahmacharya (living like God) and aparigrahah (living with minimal things) are universal truths; not conditioned, not restricted by birth, place or time, circumstances or situations – beyond all these 4, these 5 vows are universal.”

All the conditionings of human beings from which we suffer are of 4 categories:

If these 4 conditionings are removed from our cognitions, what remains is only pure consciousness. So these 5 principles – ahimsa, asteya, satya, aparigraha & brahmacharya are wealth kept in our consciousness. They exist universally beyond the 4 conditionings, not as a law or rule. These 5 principles can be lived only when we realize they are wealth to us, they are both the law and energy that enforces the laws (both are called Yama). To realize this, we need to be awakened consciously by going into the source of law from where it comes from, then we will be able to experience the energy from where it comes from.

In essence, whenever we go to source of law, we are liberated by the law and from the law. Breaking the 4 conditionings is the first step to experience your consciousness and the  conscious wealth. Namaste 😀 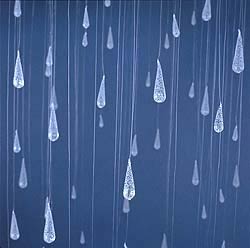 I never knew the power of blessing till I met my Guru, Paramahamsa Nithyananda (fondly known as Swamiji). In the Chinese culture where I am born in, it is not something we practise consciously. As a child, I always observed how my mother prayed to our ancestors and family deities. The way her generation related with the Divine was through prayer. They relate with God like a business, offering something just to beg for something to be showered in their life. The idea they carry about self is that human beings are lower beings than Gods.

The Sanatana Hindu Dharma gave me the right introduction of self from the context of I am the Source. The moment I cognized that I am also made of the same source as the Existence, I begin to understand and appreciate the power of blessing.

The first thing I learned about blessing from Vedic culture was to bless myself as the first step to bless the world. Blessing myself means accepting me as I am, respecting self as I am, revering me as I am, and feeling that there is something worthy in me as I am. This feeling builds a kind of self-love which is important in shifting the space of negativity we are usually caught in due to the societal conditioning and the wrong thought patterns.

The more we experience a space that is filled with joy or bliss continuously, the more we want to bless our self and bless the entire world and Universe. Swamiji said that “Blessing has to be done to everything because it is consciousness. It is not just an action, it is consciousness. It is not an action directed towards a person; it is a consciousness radiating toward everything!” When we have the presence of an enlightened master, the whole world is continuously blessed by him who is in bliss. His very presence is a blessing, an eternal blessing. His words are a blessing, his actions are a blessing, and his very breathing is a blessing, even though sometimes the blessing comes in a way we don’t directly understand. Everything that happens in his presence is a blessing. When we are established in pure witnessing consciousness, anything that crosses us only awakens blessings.

Swamiji gave an apt analogy – when the air crosses dust, dirt or drainage, it creates a bad smell. When the same air crosses the ripe old sandalwood tree, it creates the sandalwood smell. A confused, chaotic, unconscious, clutched, identifying mind is the dirt, dust, and drainage. A pure, radiating, unclutched inner space is the ripe sandalwood tree. Any breeze that blows through the sandalwood tree carries the smell of the sandalwood tree: the blessing. Same way, whatever crosses the witnessing consciousness will have the smell of a blessing. That is why any food touched by an enlightened being becomes prasada – consecrated or energized food. Water touched by him becomes teertha, holy water. The place where he lives becomes kshetra – a temple. Idols touched by him become deities. And a person touched by him becomes enlightened. Witnessing pure consciousness is like a sparsamani – a touchstone. Whatever the sparsamani touches becomes pure gold. In the same way, whatever pure witnessing consciousness touches, it becomes a blessing to the whole Cosmos. Blessed are those who have a living enlightened master who constantly blesses them in all dimensions of their lives.

Now, whatever new endeavours I want or whenever I want to start something new, I always seek blessings from the Guru, sangha (spiritual community) and my own blessing. At Singapore sangha, we have different Facebook groups to request blessing from Swamiji as well as What’s App groups on smartphone where we can simply send a blessing request for  anything in life ranging from success in getting a new job, passing of exam, speedy recovery from sickness, graceful exit from death, literally anything under the Sun. One thing I also learned, even after we receive the blessing of the Divine, it does not mean we can just be lazy and not take responsibility. A blessing means the energy and knowledge for manifesting that reality are already sent, we have to take the responsibility to create that reality we want. I’ve seen people asking for blessings but never take any responsibility. When the desired outcome doesn’t happen, they carry incompletion with the master for not causing their reality. Sometimes despite whatever we’ve done and the desired outcome doesn’t happen, it means whatever we seek is not meant for us and the blessing comes in other ways which our mind may not comprehend logically. That happens only when we have tremendous trust in the Master.

Blessing is an experience, not a subject we can talk much, we only have to experience it. We only have to live it and let the pure witnessing consciousness touch our life as a happening of miracles. Blessings!

Are you ready to receive the gifts of life? 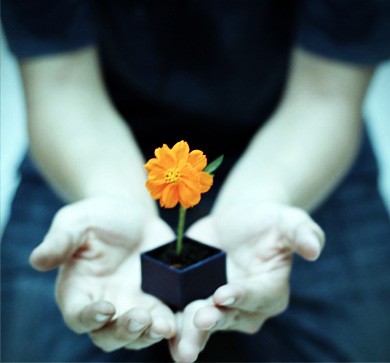 After Suddhadvaitam process in Kumbh Mela, I was wondering with so many of us who had been initiated into over 70 yogic powers, how many will truly express the powers? What are the key factors influencing the expression of extraordinary powers (siddhis)?

Then I am reminded of a beautiful story from the book ‘108 New-Clear bombs from Nithya Satsang’ by Paramahamsa Nithyananda (fondly known as Swamiji). The story was about the holy city of Kashi, Varanasi. This city is considered to be a living intelligence, a goddess. She is worshiped as Kashika Devi, the living energy of the city. It is said that Kashika Devi once asked Lord Shiva (also known as Mahadeva) for a boon, “O Shiva, Mahadeva, please bless me that whoever enters into me should be liberated.’

Kashika Devi was so happy to receive the boons! But Devi Parvathi (consort of Lord Shiva) interfered and said, ‘Mahadeva, don’t you feel you made enlightenment too easy, liberation too cheap?’

Mahadeva replied, ‘Don’t worry, I will take you to Kashi and show you something. Come with me.’

When they reached Kashi, they found that the boon which Mahadeva gave to Kashika Devi had become very popular. Thousands had gathered to take a bath in the Ganga at Kashi. Mahadeva said to Devi, ‘Now let us both become human beings, I will lie down as a dead husband. You sit down here as the widow and cry. If anyone approaches you, tell them that if a person without sin touches me, I will come back to life. And if somebody with sin touches me and tries to bring me back to life, his head will burst and he will die.’

So Mahadeva lay down as a dead body and Devi sat down next to him and started crying really loudly. All the people who had come to take a bath in the Ganga came and asked Devi, ‘What happened? Why are you crying? Why is such a beautiful lady sitting and crying in front of such a beautiful man?’

Devi said, ‘My young husband has died. If anybody without sin touches my husband’s body, he will come back to life. But if you have committed some sin and you touch him, your head will burst and you will die! Can somebody please bring my husband back to life?’

From morning till night, millions of people took a bath in the Ganga, but not a single one dared to touch the body of Mahadeva!

Late at night, a drunkard came by and asked Devi, ‘What happened?’
Devi said, ‘This is the story. If anybody with sin touches my husband, he will come back to life. But if a person with sin touches him, that person will die!’

Devi thought that this guy will start running away like all the others. But instead this drunkard looked at Devi and said, ‘Wait, wait, wait – I heard that Shiva has given a boon.’ So he got into the Ganga and took a bath and came out, saying, “I have committed all types of sins, but now, after taking a bath in the Ganga, I am free of all sins because Shiva has given this boon.’ And he touched the body of the dead man. Naturally, Shiva came back to life and gave him darshan (divine sight) and liberated him.

Then Mahadeva asked Devi, ‘Do you see now? Millions may take bath in the Ganga but how many of them really believe in my boon?’

Through this story, Swamiji explained, ‘Millions may visit temples and perform religious rituals, but how many of them understand the context of what they are doing? So don’t worry, even if I shower everyone with boons, only those who are worthy, who are already in the space of completion and a feeling-connection, will even be ready to receive them.’ From this story, I clearly understand the same truth applies to the over 70 Yogic powers which many were initiated at Kumbh Mela in Ujjain.

In essence, when a Guru’s grace is showered upon you, don’t forget to make the self-effort to remain in the space of completion and a strong feeling-connection. Everything is a gift because man can’t make it on his own. Just make yourself worthy and ready to receive the gifts whenever Existence showers. Namaste. 😀

Note: The next Inner Awakening starts on 26th June – 16 July in the holy city of Varanasi. If you are interested to experience this gift of life, contact me via [email protected]