Yoga for the Brain 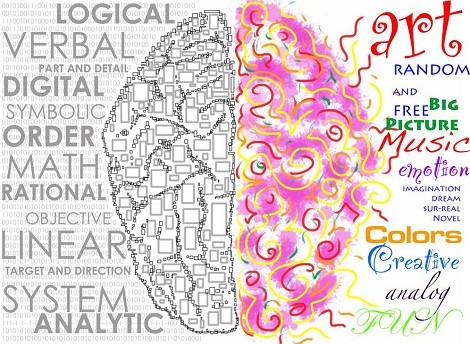 Last May, I was tasked to design a foundation yoga module for kids and in the process, one of the discoveries I made was brain yoga. This work which I took up created a deeper understanding of another dimension of yoga and opened up a new possibility for me to help children with special needs.

What is Brain Yoga or Yoga for the brain?

Yoga for the brain is a set of postures or movements designed to integrate the left and right side functions of the brain and break our mental patterns or unconscious habitual way of responding to life. It also encourages the development of new brain grooves so that we start experiencing new possibilities. The activities are rooted in ancient Vedic practices that have been refined over time.

In fact, you can observe that while crossing a Ganesha temple on road, most people stop, take off their footwear, perform “Thoppukaranam”, and then resume their journey. Thoppukaranam is a traditional practice in Indian Schools, accepted from Gurukulam system of education to make the child stand and sit by catching both the ears with hands crossing each other symbolizing punishment for lethargy, laziness and not listening authentically. The way people do it is, in front of Lord Ganesha, by crossing their arms and holding the ear lobes between the tips of the fore and middle finger; next they bend their knees and get up and repeat it this step three times. This gesture is an expression of humility, a recognition that all souls are children in the eyes of God, this technique stimulates important energy channels (nadis), inner nerve currents to help internalize awareness for ritual worship (puja) and meditation (dhyana).

Thoppu Karanam means to hold the ears. It is said that this practice is a request to stimulate the wisdom and intelligence. It is also said that the practice has been evident in the ancient Gurukula Systems, where the seers asked their pupils to practice this technique in order to stimulate and energize the brain and its functions. The practice of ear piercing too has its real reasons being the stimulation of the pituitary and pineal glands, due to the effect of the pressure in the ear lobes.

Yoga for the Brain is based on the principles of subtle energy and ear acupuncture. It’s a scientifically validated method to help super-energize the brain and enhance its sharpness and clarity. It’s a fast, simple, drug-free method of increasing mental energy and boosting brain function. You can do it in the morning, in the afternoon, at the end of the day, and it is fit for any person of any age or gender.

In fact, several research in USA had reported that this simple devotional action performed to Lord Ganesha has proved to be very helpful to calm down children with special needs like ADD, ADHD and autism. This technique is now copyrighted in USA as Superbrain Yoga.

In Vedic tradition, we believe knowledge is free and one pays only if they want to have the deeper spiritual experience. How can one copyright something that is not even their invention?! By copyrighting is to brand certain aspect of yoga so that they can encash it and claim their own, this is not in line with dharma.

In one of my contemplation last year, it was revealed to me that children with special needs require grounding into their body through special yoga practice. Certain postures in brain yoga combined with body relaxation and Yoga Nidra (yogic sleep) can certainly calm the nervous system of these children and help them to settle into their body in the physical plane. I would share this ancient wisdom widely accessible to as many people as possible so that more can start to live a life of higher possibilities. I am looking forward to a day where I will work with special needs children with Yoga for the Brain.

In an effort to create awareness, I’ve presented Yoga for the brain in several occasions such as “Walk for Autism” in Nov 2014, “Yoga Mela” in Feb 2015 and “eN Memory” in Mar 2015. This Saturday, 5 April 2015, from 12.30 – 1 pm will be another big break for me as I shall be presenting a talk on “Nithya Yoga for the Brain” at “Evolve Asia Wellness Festival”. I welcome all of you to join me in discovering how we can revive the ancient Vedic wisdom for next generation without the use of psychiatric drugs. May the sacred knowledge of Vedic wisdom continue to bring healing and light to humanity. Namaste 😀