What do you fill your inner space with? 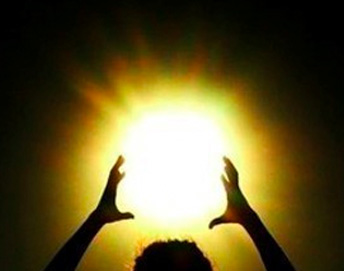 This article shall be my last article for 2015 before I head off to Phuket for the 21-day Yoga retreat known as Nithyanandoham 1008 to be conducted by my master, Paramahamsa Nithyananda. What could be a better way to end the year with one of my favourite story?! This story is about “Filling the house with a gold coin” from the Mahabharata, an epic from Vedic culture which is timeless and an excellent reminder for all of us.

Once the elders of the family wanted to test who is more intelligent – the Kaurava kids or the Pandava kids. So they had a competition for the children: they gave each group one gold coin and told them that they have to fill a house with that gold coin.

So, these hundred brains sat together, discussed left and right, argued, shouted and even fought among themselves, saying ‘How can we fill the whole house with just one gold coin? They finally came to the conclusion – ‘The elders are all cheats, they are abusing us, they are trying to exploit us, they want to make us feel we are failures!’

After this whole drama, they finally decided that for one gold coin, they can get nothing but hay! So all of them went to the market and bought loads and loads of hay. They filled the whole house with hay, and in the end, all of them were standing outside the house!

The five Pandavas also sat together and discussed. One good thing with the Pandavas is, even though each of them has specialized in one field, they all align under Dharmaraja, under the brother, Yudhishthira. Bhima represents physical valor, Arjuna represents physiological power. Nakula represents intelligence while Sahadeva is the aligner of time, he is a great astrologer. But because all of them are always aligned under Yudhishthira, it is like one brain with ten hands.

Look at both thought trends:

The Kauravas: These elders are all cranky. They don’t know what they are asking us to do, just trying to prove we are small fellows. This is the thought-trend of the Kauravas.

So finally the Pandavas also decided to fill the house with one gold coin. How they did it?

Bhishma asked, ‘What happened? Why are you guys standing outside?’

So all the fellows were standing outside, neither were they able to enter the house nor were the elders who had come to inspect it!

Dhritarashtra, the father of the Kauravas was very happy and said ‘See my sons and their intelligence. They filled the whole house with just one gold coin! They should be declared victorious. They have won the game.’

But Bhishma said ‘No, no! Let us go to the other house too.’

Here are the lessons I learned from this story

In essence, it is completion that keeps us full of light and also gives us the space to live with fulfilment. Namaste 😀 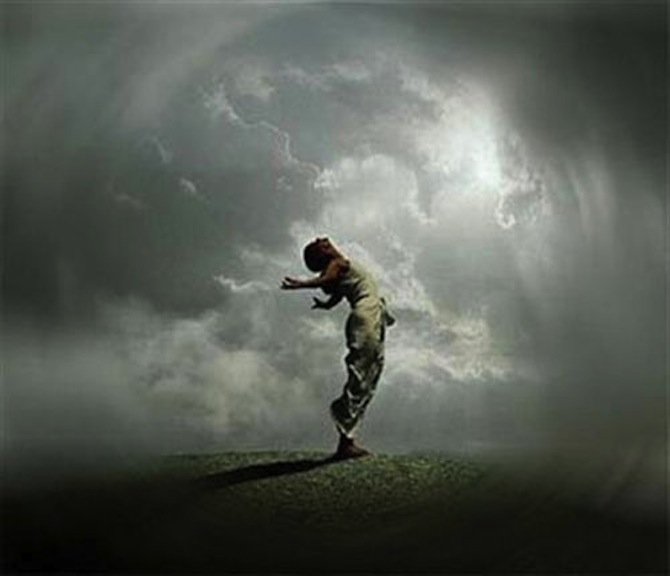 From my last article, many of you may have read about the phenomenal 21-day yoga retreat called Nithyanandoham 1008 which is going to take place in Phuket from December 7-27 by a living incarnation, Paramahama Nithyananda (fondly known as Swamiji). Frankly, this program itself can’t be verbalised because it is going to be very experiential energy process which awakens the God particle in you. It is an open invitation from LIFE itself to explore the Unknown dimension of you. For some people who have been seeking in their life for a long time and who are in tune with their Being, the moment they cognise this invitation, they simply take the jump with a leap of faith and a deep trust in the Master.

However, for most people who are centred on the mind, they need more understanding, convincing and removing the obstacles they face in their life. In the process of enriching people for this life-transforming opportunity, it made me learn so much about the work of the cunning mind and the ways how people miss LIFE again and again. I also cognise that the whole process of making the conscious decision to spend 21-day with a living incarnation is a process of surrendering one’s mind.

Swamiji once said that ‘Surrender is nothing but merging with Existence, with no identity of ‘I’ and ‘mine’. When you surrender, it means the death of the mind, your ego. Ego is nothing but feeling yourself to be a separate entity from Existence. This feeling happens as a result of a strong ‘I’ and ‘mine’. The mind is a direct conflict to the being whereas the being always concurs with Existence.’

In the process of going to this retreat, one can see how the mind invariably comes in the way. Although the Being knows, but the cunning mind continues to doubt. Our mind can only exist in the oscillation between the past or the future. It is only in the present moment that the mind does not exist, hence there is no past nor future, we become open and innocent like a child.

I’ve seen that so many devotees and seekers who are not able to surrender the mind. There is one devotee who is very stuck in the past, he is so afraid to open up his traumatic past that he just drops out of the opportunity to be healed and transformed by life. Even if life gives the blessing for him to be there without any struggle on the financial part, somehow he finds a way to either postpone or escape from life. Another devotee who is too busy working on her future business plan, she was unable to let go her plan and live with utter insecurity of loss of future income. She missed life too. Another seeker who was stuck on the fear of her Unknown and the need for acceptance by her family, she just gave up on herself because she was not able to convince her family why she had to attend this retreat. One intelligent devotee who was able to surrender his intellect when he saw someone like Ma Nithyadevi who is more intelligent than him and she was able to answer all his doubts, he simply surrendered and took the jump to life. Good for him!

For those who are more centred on the heart, the emotional surrender happens when they feel deeply connected to the Master. They start respecting master’s guidance much more than their emotions. For these people, the master has become the centre of their life and a shift in priority happens. For them, a feeling connection with the master is enough to move them there.

Finally the deeper level of surrender is the surrender of the senses to the Master. The Master stands for the ideal “You are Infinite.” There are many dimensions in your being, which you have not yet explored and experienced. He is showing you so many dimensions of your being to yourself! As of now, your senses can only cognise that you are body and mind. But according to him, you are God. Only when you trust the Master more than your senses, you will realize – Master’s words are true. I’ve seen one seeker who had surrender her senses to the Master, she simply starts having direct guidance from him and expresses extraordinary intuition in sensing people. She made a list of her friends to the Master whom she would like them to attend this retreat. By surrendering her senses and constantly making herself available for her friends in removing the obstacles that come their way, everyone on her list made it to the retreat!

In this process, one thing I am still learning – that is to drop everything and surrender whatever I know as life, whatever I know is only my knowledge; it is not what is. The “I” and “Mine” need to drop at the Master’s feet!

In essence, ‘Surrender’ does not mean you will lose everything in life, you are not going to lose anything when you surrender, you are only going to gain everything and merge with Existence. Namaste 😀

Awaken the bio energy – the God particle in you 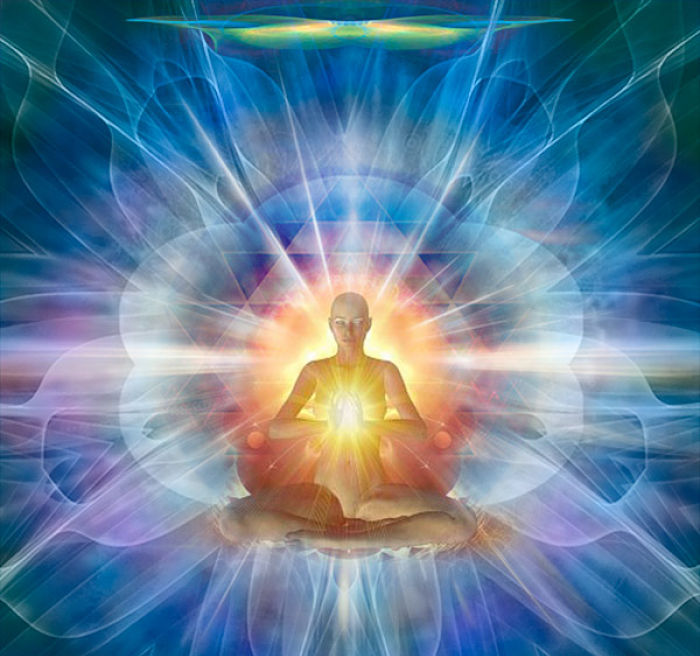 Last month, I attended a mind-blowing webinar by a living incarnation, Paramahamsa Nithyananda (fondly known as Swamiji). He revealed the 3 components in every human beings – firstly, the Muscle memory which is the place where day to day activities are stored; secondly, the bio memory which is the place where all your cognitions about you, life, nature, God are recorded. Lastly, the Bio Energy is the power, the space where pure cosmic energy exists in you, the unit of God in you.

Every human being has the same quality of Bio-energy, although it may vary in quantity individually! The God particle in you is your bio energy. There is no difference between the quality of God and God particle in you which is bio energy. So if the God particle or the bio energy in you is awakened, this energy will also awaken your muscle memory. When that happens, your day to day life becomes miraculous because all your possibilities are awakened in you. All the possibilities of an incarnation are awakened in you.

Some of the techniques which Swamiji shared with humanity in awakening our muscle memory include Nirahara Samyama – an ability to go beyond food and hundreds of different kriyas for different diseases and Kundalini Shakti (inner potential energy) awakening methods. To awaken the bio memory, he shared with the world the powers of third eye awakening, science of levitation, materialization, teleportation and many extraordinary powers. This is achieved by changing the cognition you carry about you, world, life, nature, all that, where all your possibilities are awakened; all your possibilities have opened up.

Come this December 7-27, Swamiji will be conducting a powerful 21-day program called Nithyanandoham 1008 in Phuket, Thailand, which is specially designed to awaken the bio energy! All possibilities, extraordinary powers that you can’t even imagine now, will start expressing through you, you have to come and experience it yourself. The Nithyanandoham 1008 program is to awaken all the three dimensions in us: the muscle memory, the bio memory and the bio energy; fundamentally awakening the God particle in all of us, which is quantitatively maybe different, but qualitatively exactly as God is. Nithyanandoham 1008 is to awaken the God Particle in each being.

He shared that when we were at young age, the God particle was awakened but we forgot about this dimensions through conditioning and incompletions. You will know that you have been cheated by humanity, we have been wrongly introduced to you about you.

What are the benefits of awakening the God particle in you?

If you are starting to feel excited, you are welcome to join a group of sincere seekers globally who are going to be part of this phenomenal cosmic happening. Here is the Inner Awakening website link- http://innerawakening.org/ for registration. Don’t miss the last flight to the conscious shift which is ending in December 2015, let this be the greatest gift you ever give to yourself. Namaste 😀