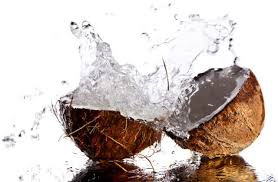 Do you know the profound effects on a child or an adult when they manifest extraordinary powers?

The Science of Power Manifestation is being revived by a living Avatar, His Divine Holiness Bhagawan Sri Nithyananda Paramashiva (fondly known as Swamiji) in the last six years. He is initiating the humanity into the science Manifesting the powers of Paramashiva (Super Consciousness). The powers or Shaktis revealed by him to the world and manifested by his disciples called ‘Nithyananda Yogis’, are directly and precisely found in the Agamas, the Source Scriptures from Paramashiva – this is an unprecedented happening in the sacred history of humanity. Ever since the beginning of the civilization, the Sanatana Hindu Dharma has been the cradle of enlightened beings and highly advanced sciences and blissful powerful existence. It was where the science of enlightenment and powers was lived and taught as a lifestyle. The Vedic Rishis, Munis and Sadhakas manifested extraordinary powers as a side-effect of their feeling connection and integrity with the Divine, from the space of Oneness or non-duality with the Divine – Lord Paramashiva, the original source of all Cosmic Sciences, refers to this as Shuddhadvaitam. The knowledge and sciences of manifesting these powers was passed down from one generation to the next through deeksha, initiation by the enlightened Gurus and preserved by the Guru Parampara (Guru-disciple lineage), which has an unbroken lineage of enlightened beings and Avatars till date.

I know many people have fears and reservations about manifesting powers given by different sects of religions. One thing I am very clear, one should not be caught with powers, instead play with extraordinary powers as a part of flow of life. Manifesting powers is the lifestyle of Sanatana Hindu Dharma. That was why the ancient enlightened masters and sages lived such a rich and powerful life! If we don’t manifest powers, we will only become the dull intellects who only talk and say extraordinary powers should not be expressed. At the end of their life, they will have only one thing – a huge belly suffering in depression. Powers are dirty when it is misused by people, powers itself are not dirty. The fear of misuse should not make us poor! Having fear of misuse is fundamentally life-negative. Instead, we should evolve with maturity spiritually to handle ourselves as we manifest more powers.  The right attitude should be – whenever you manifest powers, just have surrender with a deep devotion to your Guru or Paramashiva, thank Him for it and let you move on to the next level of expansion.

There are two fundamental principles of manifesting powers revealed by Swamiji

I’ve been working with children in Singapore for the last 2 years in guiding them to manifest the shaktis of Paramashiva (Super Consciousness) in the weekly program called Nithyananda Weekend Gurukul. I must say I’ve seen whenever children manifest powers, their idea or image they have about themselves takes a fundamental shift. They experience a breakthrough in their thinking and space. They feel more energetic, more confident and most of all, they feel great about themselves! Swamiji said that whenever we manifest powers, it hits at our lower inner image of lower cognition of self very strongly that it never gets back to its seat. Swamiji reminded us that a lower inner image is not humbleness, inactive inner image is real humbleness. It is passive inner image that makes the energy of Ajna (third eye) rise up whereas an active inner image sucks the power of third eye away. Constantly breaking the lower inner image (ego) by more power manifestation in oneness with Paramashiva is the best thing we can do in our life. Fundamentally, shaktis can only manifest in the space of Oneness, not otherwise. The space we carry decides who we are. The smell and the flavour of our space is Shakti, the explosion happening in your inner space is Shakti.

I’ve also noticed that whenever kids or adults manifest shaktis, a tremendous higher intelligence gets awakened in them and their entire brain undergoes certain re-wiring where subtle brain grooves are awakened. They will be able to download knowledge from Cosmic archive as well as respond from the intelligence of Oneness with Paramashiva! My son is an excellent example as I noticed he has such amazing ability to connect with beings from higher dimensions and also respond to life guided by a higher intelligence.