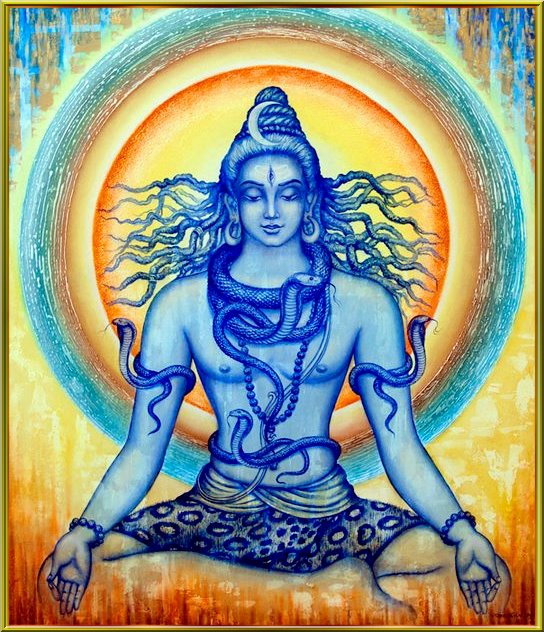 Last Friday on 21st June happened to be the International Day of Yoga, which was celebrated annually since its inception in 2015. An international day for Yoga was declared unanimously by the United Nations General Assembly (UNGA). As many of you are aware Yoga is a physical, mental and spiritual practice that originated from Hinduism in India.

On that day, Bhagawan Sri Nithyananda Paramashivam, a living Avatar (fondly known as Swamiji) shared with the world some of the astounding revelations about our relationship with our body from the Super consciousness. He said that in Hindu tradition as per Paramashiva’s revelations about yoga – “The human body is never a first person. What you feel as the first person – “I,” “I,” “I” You all know first person means “I.”Whoever believes, cognizes the body is the first person is called Rogi – sick, not just physically sick but also mentally sick. The body is never a first person, that is the first cognition you need to have. In Paramashiva’s medical system, the original Hindu Ayurveda diagnoses sixty thousand diseases and disorders, and has a medicine for all the sixty thousand diseases and disorders – cure, not just maintenance. The mission statement of Ayurveda is live forever as youth. It is not created for somebody to constantly use your body-mind as a source for their income. See the modern-day pharmaceutical companies or medical investment entities, for them the policy is you should not die, you should not be healthy. Only then you can be income source for them. But the fundamental vision of the Ayurveda is, live forever with all possibilities. So, the integrity of Ayurveda is something unimaginable and it is totally at different level. The fundamental disease as per the Ayurveda, Paramashiva’s medical science – hunger and sleep. Even that will disappear if you cognize body is a second person. Understand, body is really not the first person. You being taught body is the first person is the fundamental delusion! And, from there starts all exploitation and bondage. Society starts exploiting you, everyone starts exploiting you the moment you are tied with this fundamental delusion – the body is first person.”

This truth hit me like a rock because in my 20’s I was using this body to run my life for accumulation of material wealth and enjoyment of sense pleasures. No wonder I created a sick body – Stage 3 cervix cancer and a mental setup of constant agitation, basically I was suffering from depression of success before I met Swamiji. I was relating with this body as the first person – a Rogi!

I was in such terrible body pain that I knew I had to do something different. I picked up Yoga and embraced it whole-heartedly as I just knew this is something I will do for the rest of my life. Yoga healed me from the body pain and brought inner peace when I started to relate with my body was the second person. Swamiji said: “All practicing Hindus are supposed to be practicing Yogis. For a practicing Hindu, for a practicing Yogi: their body is second person. Whoever looks at the body as the second person, you will be free from all sickness. I give you this revelation directly from Meenakshi-Sundareshwara, and as a technique and a boon. Just this one realization your body is not the first person, it is the second person for you – you will conquer all diseases and disorders. You will never be a Rogi, you will be Bhogi, meaning a person with lot of pleasantness. A Rogi is person with sickness forever. Bhogi is person with pleasantness forever. Just this one powerful cognition – you are not your body, is not the first person for you. Your body is the second person. That powerful cognition will make your whole blood will feel like honey. Your whole body will have so much of a bhoga – pleasantness. You’ll become such charismatic person. Anybody who comes around you, you will seduce them. They’ll fall for you. Understand, just this one cognitive shift can heal all sickness.  If you are struggling with your sleep and food pattern, just bring this one powerful cognition and complete with all the incompletions you have with your food and sleeping patterns, and declare, manifest this one powerful cognition – your body is the second person for you. You look at your body as you, not as “I” – you! Witness whatever is happening in your body as the second person. When you eat – see, the second person body is eating. When you sneeze – see, the second person body is sneezing. If you feel you are the second person, whatever you do is auspiciousness. When you see body as a second person, you will eat so less. You will eat only what is needed and the whole alignment of the quality, quantity related to food will happen automatically. And the sleep will drastically reduce, the quantity will reduce and quality will increase, and the depth of the sleep will become Turiya (Aware state). Your skin will be shining, you’ll become the most handsome, glamorous, beautiful, romantic, sweet person when you see your body as a second person. You’ll be an amazing Bhogi.”

So, I took up Yoga teachers training and became a Yoga teacher in 2001 and lived as a Bhogi till I met Swamiji in 2006.

In Vedic tradition, if you had any initiation in Hindu tradition that declares you are dvija, reborn means from now your body is second person for you. In 2006, I received my first initiation as Divja (twice born) by Swamiji in Nithyananda Spurana Program.

By Guru’s grace, I was very intrigued by Yoga that I started to go to the depth of Yoga and I became a living Yogi. He said that when you see body as third person – he, she; you will manifest all kinds of possibilities and extraordinary yogic feats. You will not have fear in the muscles. Fear in the muscles is called pain in modern medicinal terms. Bhaya in the muscle memory is pain as per modern medicinal system. If your muscle memory does not have pain, it just builds up anything it wants. There is nothing concrete about pain, other than the level of fear you carry in your muscle memory. The more you move higher towards the powerful cognitions, the more bio-energy gets infused into your body. All kinds of extreme yogic feats start manifesting in you when you treat your body as a third person.

Finally, Swamiji gave the highest possibility i.e. seeing body as fourth person, it means cognizing all bodies are your bodies. You can spontaneously, simultaneously operate all bodies through your will or free from the will, while you are operating the body you are holding. Just like the body you are holding, how you can operate simultaneously, spontaneously, you can operate all the bodies all the time – that is you are an incarnation.  Then you manifest all powers. Whoever manifest powers, for those few seconds when you manifest powers – you are in the state you see your body, you cognize your body as fourth person. If you can read through other’s Third Eye, if you can manifest powers through other’s body, those few kshanas (gaps between 2 thoughts) – you are in the space of fourth person.

Ever since I was initiated into the powers of Paramashiva by Swamiji in 2017, there were moments I related my body as the fourth person. For example, seeing through another person’s 3rd eye or teleporting matter from Singapore to other places around the globe. It is the coolest experience to play with powers in oneness with Paramashiva!

Swamiji concluded that ultimately Yoga is all about manifesting Oneness with the Source which is already there. Letting the Oneness take over you, manifest through you and breathe through you. Yoga as per Paramashiva is all about raising you to next level from the first person, to the second person; the third person then finally to the fourth person. That’s all is the essence of yoga. What a fascinating journey from Rogi to Incarnation! Namaste 😀