A Completion of a Mother and Her Child 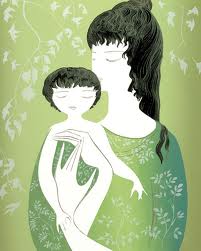 How do you motivate and inspire an intelligent 12 y.o. child who feels suffocated by the dreadful Primary School Leaving Examination (PSLE) in the local educational system?

This pretty much sums up the predicament I was experiencing with my son, Kai before we left for Brisbane last week. Kai is a very happy child with such pure innocence and pure heart. But, I’ve noticed that ever since this year, he has been swarmed by the avanlanche of school worksheets and examination papers given by different teachers. This has taken a toll on his otherwise free-spirit. His school bag is constantly filled with papers of worksheets of different subjects. In addition, his daddy had engaged 2 language tuitors to help him hone his English and Chinese language skills. While trying to plough along with the system, Kai found other distractions to amuse himself from the monotony of school work – he started playing online game like Tanki Online which gave him a certain recognition and sense of achievement in the gaming community. He also engaged himself in listening to classical music and some slapstick youtube videos as a way to de-stress himself. But he is not inspired in his studies, merely doing what he was told. His spirit was somewhat numbed by his current life. Many times, I saw him slacked off and had to remind him to get back to his studies. Soon it became a nag to him and his resistance ensued. Besides loving him and giving him fulfilment at many levels, I knew something was still missing in his life. There was an awareness of the problem, but I didn’t have a solution yet.

Needless to day he didn’t do very well in his mid-year examination in May because he was not inspired from the right space. In the meet-the-parents session with his teachers, it was always the same remarks from his teachers that Kai has such great potentials to do better but he is always in his own world. I just knew I needed to take Kai away from the suffocation in this concrete jungle and let him experience the freedom of his spirit once again. When Gerry Hillier, a long-time friend of mine from Australia, invited me to conduct some workshops in her Yoga Studio in Gympie (Brisbane), this was a perfect opportunity for Kai to soak in the beauty of Mother Nature in Australia! But little did I know that that, through the divine’s grace, a deep completion was awaiting for both of us in this trip.

The place where Gerry lives, provided the perfect space for us. Her quaint old house is located on a 60-acre vast land facing a mountain, totally surrounded by lush greens and fresh breeze. According to her, when they first bought this house in the 70’s, it was an old cow shed. Gradually, the house was rebuilt as their economical situation improved. Her four children grew up in this beautiful place and all of them are happily married with their own families. It was the beginning of winter in Australia, so the weather could turn cold by the evening. There is something in the air of Australia which is very healing besides the vast space of nature. Kai grew very fond of this place very quickly because he was allowed to be himself. He made new friends – Joseph and Aiyana (Gerry’s grandchildren). For the first time, Kai drove a lawn mower at Joseph’s home. The boys played football and basketball, tracked the rough terrain at the mountain. He played throw-the-stick with their dogs – Mina and Jessie. One morning, Gerry and George (Gerry’s husband) took us for an adventure at Woondum Natural Park, the rough terrain on the way to the Rock pools was quite nerve-wrecking. Finally we reached the scenic Rock pools where Gerry used to take her four young children here to play. She taught Kai how to scheme rocks in the Rock pools like she did with her children. During our short stay, we were well-nourished by the delicious organic home-cooked vegetarian food, which was prepared with such loving energy. Kai’s weight started to reduce which made him feel great about himself.

I made a request to Gerry which was to take Kai to the local Umandi market for an adventure on a Saturday morning while I was facilitating my healing workshop. Gerry came to share with me later that she experienced the most beautiful moment with Kai that morning. He was such an absolute pleasure to be with, quite often than not, one easily mistook him as disruptive and insensitive till you spend time with him. In their conversation, he shared with Gerry about his mother. He told Gerry that he wanted me to be “the mother I didn’t have”. These words struck me like a brick on my thick head, I felt a lump in my throat as I was choked with the emotion and tears. His words were peppered with such deep wisdom which totally exposed to the incompletion between us – something I needed to hear it myself when he was in a relaxed open state. A deep knowing opened up in me and I understood it as the message from the Divine.

When I got back to Gerry’s home after the workshop, I couldn’t wait to complete with him and share the big shift in my cognition. I told him that he would experience the mother I never had – the benevolent mother who showers unconditional love, trust, inspirations and constantly holding a space of possibilities for him but also a mother he could have fun with, instead of nagging and imposing anxiety of fear. We had the most beautiful completion moment that evening before sleep, I saw the grin of contentment and completion in his eyes!

Frankly, this Australia trip taught me a few important lessons. Firstly, it is great to take time-off from the routine and re-connect with the people you love in the healing space of Mother Nature. Second, as a parent we often get caught up by the unconscious from society. Our children are the messagers sent by Divine to remind us to get back to the space of completion. Lastly, this experience gave me such a profound fulfilment – a deep fulfilment of both qualities of feminine consciousness i.e. the fulfillment as a beloved and emotional fulfillment as a mother. This was another breakthrough in the completion with others and with self. For I know, all relationships are nothing but an extension of me because I am the source of everything in my life. This timely completion between mother and son brought us back to the space of completion (poornatwa), one thing for sure – only great things will come out of this cognitive shift.

I would like to give my sincere gratitude to Gerry Hiller and George Hiller for providing us the wonderful healing space and to Swamiji, my Guru, who taught us the Science of completion and how to live in eternal bliss (nithyananda). Namaste 😀