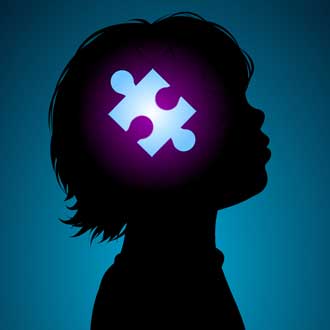 I am really delighted that I shall be leading a 15-mins Brain Yoga session in a public community event called “Walk For Autism” next Saturday, 8th November from 7.30 am – 12.00pm at PathLight School. This event is organised by Youth Executive Committee from People Association Ang Mo Kio GRC (Group Representation Constituency) & Seng Kang SMC (Single Member Constituency). The aim of this event is to educate the public about autism and bring awareness about how we can support these children and their parents.

Just some facts about autism:

The problem with society is that whenever children are not fitting into the mainstream developmental paths, it starts holding the space of impossibility for them. This misunderstanding about these children make them feel incomplete about themselves in this world and slowly they give up on themselves. By and by, from the societal labelling, the parents also start to feel incomplete from the guilt and the anxiety of their child’s future. They think that their child is not smart, hence he/she can’t achieve in society. As a result, parents tend to become over-protective of their child which deprives the child of what he/she can do in life. This can become a vicious cycle of incompletion and suffering.

In order to help these children, we have to understand them from the spiritual dimensions.

First important thing, the parents of the special children, you are the chosen ones by these extraordinary beings! For they are here to enrich your life and you need to be authentic enough to stand up for who they are and their talents and uniqueness. You should not fall into the space of powerlessness.

Second thing, the parents need to get out of the space of impossibility and start healing from within so that they can hold the space of possibilities for these beautiful beings. Instead of making them feel like an ugly duckling, you need to shift from “Why me?” i.e, the space of powerlessness to “Why not them? I CAN!”, a space of huge possibilities.

The third important thing, the children with special needs are such extraordinary beings who have come down to planet earth to live a beautiful life. They come from the innocent world where they are being who they are. Like a flower, they are highly sensitive to everything in the outer world – the people and environment. They are highly authentic and they live in different zone because they see the world from outside. Since they are prone to bullying and being mocked at by their peers, they are highly courageous which makes them natural leaders of tomorrow. All of them come with special unique talent, it is our responsibility to help them flower as individuals.

Fourth thing, in Vedic culture, we see everything as possibilities hence the masters, sages and rishis constantly work on possible ways to enrich and evolve humanity. The ancient healing science of Vedic tradition and the right spiritual practices such as Yoga, breathing, chanting and meditation can help these children by changing the brain chemistry and rewiring the brain grooves.

In fact, according to Yoga International, (http://yogainternational.com/article/view/yoga-generates-huge-benefits-for-children-with-autism) Yoga is growing in popularity in the U.S. as a complementary therapy for children with special needs and autism, with rising numbers of schools and parents participating in innovative programs which are cropping up around the country. In addition to benefits typically associated with yoga such as improved strength and flexibility, and an increasing sense of peace, children with autism also experience a reduction of pain, anxiety, aggression, obsessive behaviors, and self-stimulatory activities. The children are also having greater success making new friends and regulating emotions.

Louise Goldberg, author of ‘Yoga Therapy for Children with Autism and Special Needs’, also has first-hand experience witnessing the enormous benefits children on the autistic spectrum experience from practicing yoga. In 1981, Goldberg and a colleague were invited to teach a demo class for teachers at a residential hospital for children with severe emotional and behavioral disorders. “We were both fairly new yoga teachers and we just made it up as we went along. But seeing the kids—many of whom were extremely anxious, withdrawn or angry—let go, for even a moment, was a revelation. We were amazed at how effective yoga was with these children and how much they enjoyed it,” says Goldberg.

Children with autism have very different sensory experiences from other people, and these responses often cause their bodies to get stuck in fight, flight, or freeze modes that divert blood from the digestive organs to the skeletal muscles. This activity results in disrupted digestion, increased heart rate, and shallow breathing—all of which readily provoke anxiety.

In another study in 2012, researchers who investigated another yoga program in the study, “Efficacy of the ‘Get Ready to Learn’ Yoga Program Among Children with Autism Spectrum Disorders,” (published in the American Journal of Occupational Therapy) found that “use of daily classroom-wide yoga interventions have a significant impact on key classroom behaviors among children with ASD.”

The study, which lasted 16 weeks, divided children into two groups. The first group participated in the morning classroom yoga program, and the second group participated in a standard morning classroom routine. Challenging behaviors were assessed with the standardized measurements of the Aberrant Behavior Checklist and behavior coding both before and after the study period. Researchers concluded that the Get Ready to Learn program “reduces irritability, lethargy, social withdrawal, hyperactivity, and noncompliance in children with autism spectrum disorders (ASDs),” and that incorporating the program into the school day “can maximize academic engagement and optimize classroom time.”

In essence, let us all embrace these special children as a part of the whole and we should stop all kinds of judging and labelling by the unconscious society. How they are is not important, more importantly is for us to create a beautiful space for them to feel loved, confident and express their creativity. When that happens, simply they will add so much colours and vibrancy to our world. I can see myself causing this reality for these children and parents. Namaste 😀