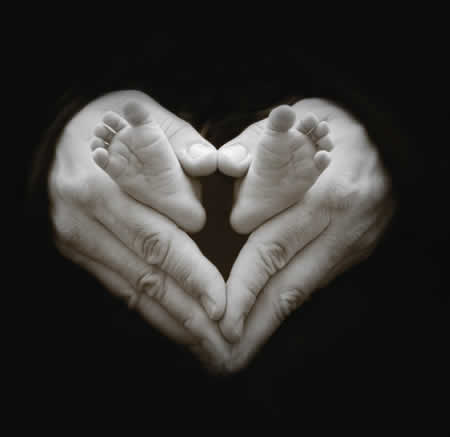 Two years ago, I had a profound experience when my Guru, Paramahamsa Nithyananda (also known as Swamiji) started channelling the Akashik Reading based on various topics about life.

Akashik Reading is the record of sacred secret knowledge from the Source, an independent intelligence of Cosmos. How the creator feels the life should be? What for he created what he created? What for he maintains and what for he rejuvenates and what for he is refreshing? Swamiji said that in this reading, nobody is involved other than the ultimate superior source of creation. This knowledge is complete unto themselves, it is uneditable, unaltered or manipulated. The records give the understanding for anybody to live in tune with Cosmos, the Jeevan Mukthi – living enlightenment. When we listen to this great reading, naturally our negative logic is penetrated and broken, these great truths settle into our inner space and they make us live enlightenment.

I want to share the Akashik Reading on the topic “BIRTH” which created a profound shift in my very cognition. I still remembered that day, the reading hit me like a huge knowledge bomb into my inner space, awakening me from the delusion of separation from the Source I had carried till that point in time. Suddenly, my soul was able to cognize the truth from the deep ignorance which I had been living.

Here’s the reading exactly as Cosmos wants to present itself to the world. Get ready to receive it. 

“There is no such thing as birth exists. Every individual water drop in the ocean, when it moves by its very innate intelligence, visualizes it is born and separated from the Whole. When it gets rid of the very root delusion, it is called enlightenment. The birth is not happening as human beings understand, as the separation from the Source. The Source continues to exist as part of the part, which thinks, it is already become part from the Source. Source participates completely with the part in every action, in every deed, in every step, in every behavior, in every moment, through its all permeating penetration presence. The participation is never allows the separation of the part from the Whole, so the part continues to be the part of the Whole. The birth as you understand does not exist in the Cosmos. Continuously your movements, your desires, create different states of consciousness in you. Because of this alerted states of consciousness like lust, anger, greed, fear, jealousy, competition, love, feeling of deprived, depression, because of these various experiences and the expressions, part starts feeling it is separated from the Whole. The moment the part feels it is separated from the Whole, it claims it has taken birth. So the birth actually does not happen as you think. When a body comes out of another one body, it cannot be called as birth. Only when the individual awareness feels its independence existence, the birth begins. Birth is the beginning of the suffering, as the part forgets its Source’s existence, connection and participation with the Source. As the Source’s relationship is forgotten by the part, the deluded suffering becomes the lifestyle from the moment of birth.

Birth cannot be considered as the separation of the body you are carrying from another one body which you call as mother, as this does not immediately inflict suffering into the individual part because the individual part does not claim, feel, potent, participate in the concept that it is individual part. So the truth exists as it is even though the body is separated from another one body which you may call as mother. The moment the individual consciousness feels, the part is no more participating directly with the Whole, that moment can be considered as birth. That moment indicates the individual’s suffering beginning it may get extended as long as that individual, that part feels it is independent existence from the whole existence. When the part remains, as a part, it continues to create various form of conscious states, and the various forms of conscious state creates the kaleidoscopic experience of this world, for that individual part. When the individual part realizes its mistake of remembering itself from the Whole, it relaxes in to the Whole. That moment is called the Enlightenment. In this deepest form of the truth, oh, the souls which feel deluded you are separated, you are moved away from the Whole. Come back, remember, in the form of breathing, in the form of heat, in the form of your body, in the form of the thoughts penetrating into your system. From the space, I, the Whole, continue to hold, support, feel, be part and participate in the existence and in the part of the existence, even though the part does not feel I am participating in your existence. I am the Source, partner, part and whole of your very existence. Oh! Dear souls who feel you have departed from the Whole, relax from your delusion. Whatever you think as the distance between the Source and you, it is just your thinking. The distance remains zero from the beginning of your journey and during the journey and till the end of the journey. Listen to this great sacred secret that will make you realize this great truth, your birth has never happened, as you consider your birth date. The birth is your imagination day; the day you felt you are separate from the Whole. So relax from that imagination. That day, is the day of your enlightenment. Whether the drop feels, it is floating, swimming, drowning, dissolving or disappearing, the drop is always the part of the whole ocean.

Whenever you accept the greed to experience different states of your own being, whenever you are afraid of different states of your being, you create different states of consciousness to fulfil your fear or greed. That is what you call waking state, dream state, deep sleep state, the fourth state and the criss-crossing of all these four states. Criss-crossing of these four states creates sixteen states and above all, the ultimate state is Turiyatheetha, beyond all these four. In that, you experience, you are always, you were, you are, you will be, part of the Whole and this realization is a mandatory basic necessity for the every soul, which started feeling out of delusion, it is separated from the Whole. The birth as you think never happens. It is just the different states of consciousness creating the kaleidoscopic effect and showing you the universe and the world in a different space. Because the kaleidoscopic effect which you create attracts your attention so much by creating fear or greed, you forget to look into the first person and see you remained, remain, will ever remain as the part of the Source, will never, can never move out of the Source. The Source exits in Source, so where is the question of birth?”

This one Akashik Reading healed my inner space from the idea of separation! The constant feeling connection with the Source has become a living experience 24/7 now for me. I realised that when we listen to this great sacred secret repetitively, it starts to penetrate into our inner Being and awaken us to the highest truth. Namate 🙂  