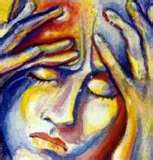 Whenever I receive certain truths as ‘clicks’ in my inner space, without blinking my eyes, it always puts me in such a deep awareness and inner peace. Last week, I had one of those moments which resonated with me and left such a tremendous impact in me that I had to share it with my readers in this article.

Every person’s happening or flow of life is very much dependent on the state of consciousness he or she is established in. According to Paramahamsa Nithyananda, in essence there are 3 levels of consciousness that we can see in our life.

The first level is the unconscious i.e. people who live in low frequency of consciousness, the happening of an unconscious is crime in society. A perfect example given by Swami Nithyananda was that of a man who murdered somebody in a village. This man discovered that there was an eye witness of his murder and out of his fear; he committed another murder by killing the witness so that he could hide the first murder. This man was unconscious because he didn’t even know the ripple effect. He does not even think through, therefore whatever happening for his flow of life is crime for society. These days, the newspapers are filled with negative news the moment we open the newspapers, we only see reports of crimes and all kinds of perversion in our society. If we read their stories, many times these people are living in ignorance.

Now, the third space is the enlightened space i.e. those who are established in the Supreme Consciousness. When one is established in the highest space, even all the rules of laws of nature are changed. All the laws of natures are surpassed; what others in society claim as miracles is just flow of life for this Supreme Being! The happening is celebrated as miracles.  The happening is miracle for ordinary mind living in ordinary consciousness but a casual play or leela by these Beings.

I’ve read many incidences of miracle by enlightened beings, saints and sages such as Vedic Puranas like Mahabharata, Bhagavad-Gita and more recent in books like Yogananda’s  “Autobiography of a Yogi” and Life of Mahavatar Babaji, the 18 Siddhas and many more.  Even in the life of Thiru Gnana Sambhandar, an enlightened master in South India, in total of 78 miracles which he broke science and law of nature. For Thiru Gnana Samabandar, it was happening – a simple flow of life.

Over the last 2 years, I’ve seen incidences of materialisation, levitation and teleportation performed by Paramahamsa Nithyananda in front of my eyes which is beyond my ordinary logic. I was not able to comprehend the truth behind these miracles. Now, finally a strong click happened in me, as stated by Lord Krishna in Bhagavad-Gita, “In this life, surely, those whose minds are situated in equanimity have conquered birth and death. They are flawless like the Supreme and therefore, are situated in Supreme.”

Being established in the Supreme Consciousness, here in this world, they surpassed the laws of nature since their intelligence is surpassed. Even being seen as performing the actions in the outer world, they remain untouched. This is such an inspiring click which reminds me of the highest possibility – being established in the Supreme Consciousness.

Now, catch this truth without blinking this moment! 🙂