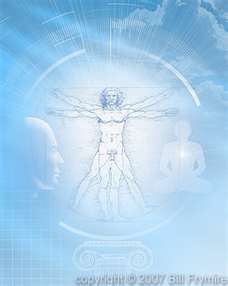 The question is – body or soul, which path should a practitioner focus initially?

A few months ago, one of my students who is a Tibetan Buddhist, was puzzled about the large number of Tibetan Buddhist teachers who are suffering from stomach cancer. This raised some fundamental questions such as – Isn’t the meditation on a daily basis supposed to bring health and free one from diseases? Why particularly the stomach cancer, not other forms of cancer? What are they missing in the spiritual practice?

To answer these questions, let us go back to the beginning of Yoga. You may have read that Hatha Yoga is a system conceived as a traditional holistic path in the Vedic Tradition which includes asanas (postures), mudras (hand gestures), pranayama (controlled breathing) and dhyana (meditation) as instruments to balance the body-mind system.  A good level of health and psychological integration must be attained before delving into deeper aspects of yoga – Raja Yoga which primarily concerns with the mind i.e. the more subtle dimension of our existence.

However, in the course of evolution, a branch called the Vedanta started to grow, they focused on the philosophical tradition which was concerned with the self realisation/non duality. Many of the ancient sages and seers, in emphasizing the importance of the soul, inadvertently began to ignore the value of the human body. Later, it became a fashion to disrespect the body, they perceived body as the villain; while the soul as the hero. For centuries, the human body was the target of attack. Reputed scholars and theologians invented many terms of contempt for body so as to glorify the soul. They ignored the necessity to keep the body fit and healthy, as a result, a typical Vedantist is usually personified as a pot-bellied and dry intellect.

From my understanding and experience as a yogi, I know that tending the body is the first step to spiritual awakening. Let me support my stance from the wisdom by the enlightened source below:

“If the physical body perishes, it is a doom to the soul and one could not attain the true knowledge firmly, so by knowing the technique of tending and nourishing the body well, I not only tended and nourished the body, but the soul too.”

“Time was when I despised the body, but then I saw the God within. The body, I realized, is the Lord’s temple, so I began preserving it with care infinite.”

The Siddhas know that the human body is subject to thousands of ills and it is man’s responsibility to protect it from ailments. Before dealing with the soul itself, we have to deal with the soul’s every envelope – the body and the ailments of the physical, vital, mental and intellectual bodies.

Now, you know the truth behind body vs. soul question. Having a right understanding is like having a correct map and compass to navigate through the great mystery of life or else you could be wasting the entire life without experiencing anything. Blessing! 🙂