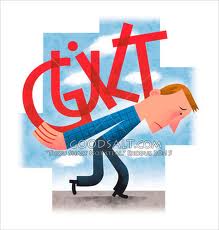 Guilt – the very word itself carries so much heaviness.

I was reminded of a real incident which happened to an American lady who had a tumour at the end of her spinal cord for 20 years. She came for healing from my master as the tumour had reappeared after a surgery.

When he started talking to her and tracing back to the origin of the problem, she started weeping because she was a sexually abused victim at a young age. That guilt stayed with her and she started to hate that part of her body by turning the hatred towards that person towards her own body. After going through a cathartic meditation technique consciously, she was healed within 10 days!  The tumour never came back!

From this incident, we can see how guilt plays a major role in most of our ailments because it blocks our energy flow and causes psychological disturbances and diseases. Guilt is like a wedge inserted into our inner space, it retards our growth and puts us into a vicious cycle of misery and suffering.

The mental layer is associated with the powerful emotion of guilt. Guilt comes from  non-acceptance of self, a feeling of non sufficiency or non fulfillment. Guilt can potentially create mental hell for us because guilt sits on our heart like a rock, we become heavy and frozen. Guilt is a form of violence directed to one self. It becomes impossible to celebrate life as it does not allow us to be free, to dance, sing, laugh and love.   Do you know that a guilty person can never be at ease with himself or herself? He/she will always lack self confidence and constantly look to a leader for guidance.

What is the root cause of guilt? There are 5 mental patterns which cause guilt in us.

In general, we can classify guilt into 3 types:-

Whenever we make mistakes, the way of treating it is first to forgive our self. Understand that we were unaware and taking responsibility and saying” Sorry” will reprogram the brain with intelligence to act in awareness the next time. The truth is – all our guilt, all our pain, everything is a pure imaginery shaft we create inside our head.  When we are aware, we become spontaneous and we take the right action in the right situation. Once we integrate our self, we will be centered upon awareness, we won’ feel disconnected.

Another important thing is morality should come from integrity not guilt. Integrity means being in the present moment and being integrated & seeing reality without the play of the mind. The moment the mind steps in, the duality also steps in. Without awareness, we become fragmented and immoral. Morality has to do with awareness, not with any other social rules. If we are integrated, we will be centered upon awareness. If we are fragmented, we will depend on morality for guidance.

There are several Vedic techniques that one can learn to release guilt – such as expressing anger, reliving the incident, bringing acceptance or taking responsibility for your life. Most importantly, how do we stop ourselves from getting caught in the trap of guilt again and again?

I discovered that the right way is to live life with intelligence i.e living life out of our understanding of life instead of rules. When we do that, we begin to move like a free-flowing river where the rocks of guilt are not in the path of the water. We live in our presence from moment to moment, there is no question of repenting for what we have done, guilt will have no place.

In essence, guilt is baseless, it does not have an existential reality. We can choose to drop guilt any moment if we infuse awareness and awaken our higher intelligence.

* Note – If you are keen to work on guilt, sign up for “Release Guilt, Awaken Intelligence” workshop on Sunday 29th July @ Balanced Living, from 10 am – 4 pm.