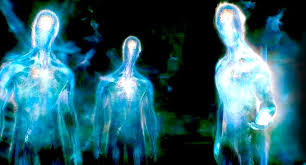 During this period, interestingly I realized that the program was not only attended by these aspiring teachers who signed up, but there were at least a thousand of beings from other dimension who also attended this training. They are called the munis, they do not have a physical form, just like a self-effulgent light of a shiny Shiva lingam (Swayam prakasha). I was so intrigued by the purpose of them attending this training which was not designed for their dimension! I found out that they were here to learn the science of grounding in the human body in Bhu Loka (physical plane of planet earth) as many such evolved beings are preparing their body to land on planet earth to contribute in raising the collective consciousness. I asked them how to tell if the kids are from the dimension of munis. They even told us how to identify a baby with the soul of a muni!

After being initiated into 25 states of consciousness and 11 dimensions by Swamiji in 2017, quite frequently my life is surrounded by these higher beings from other dimensions. I feel that perhaps the time is ripe for a huge conscious breakthrough, as a result more such evolved beings are descending on planet earth but they also need the knowledge ground onto this plane of Existence. I realized that many kids with autism and Indigo kids are such evolved beings and they suffered a lot on planet earth when they do not have the right support and ambience for the flowering of their consciousness and life purpose.

So, I googled the difference between a rishi and a muni, here is what I found!

The concept of rishi is explained by this passage: At the very beginning of each cycle, holy seers are born into the world, men who in previous universes have ascended far towards the supreme goal and are therefore especially capable of perceiving divine truth. These blessed saints – rishis, the Hindus call them – meditate on God, and while so meditating discern the everlasting laws of the spirit; and it is the concrete record of these laws, so discerned, that constitutes, in each cycle, the most authoritative or sacred writings. The record of the meditations of the rishis born at the beginning of our own cycle is then, what we know as the Vedas.

The spiritual heritage of India by Swami Prabhavananda explained that a rishi is a person who has experienced the divine truth of the Vedas. There is not any difference in spiritual plane among them. A Yogi who strives to achieve/has achieved Yoga or union with God or the truth. A Rishi means a seer who has seen the truth or God. A muni means whose mind observes silence for this world after knowing God or the truth. All of them are required to serve their respective Gurus.

The Yogapedia explains a muni is someone who is constantly committed to exploring the mysteries of nature, or someone who is constantly engaged in examining the real nature of life and its related problems through tapas (austerity or purification of the self). Being a muni is a step between being an ordinary person and a rishi, which is a saint who has realized truths and gained eternal knowledge. In ancient yogic literature, especially in the oldest “Rig Veda,” the term, muni, was also used as an early reference to yogis. It is believed that the munis in ancient India practiced yoga, austerities and rites as well as glorified a life of renunciation, isolation, wandering and begging.

If the munis are preparing to land here, it means a big shift is happening on planet earth! But I never know I will be preparing the ground for landing of many evolved souls on planet earth! It is impossible to even imagine this possibility! Let me just flow with it and allow my Guru to guide me into this fascinating happening. Namaste! 😀