Surrender is to awaken the real YOU 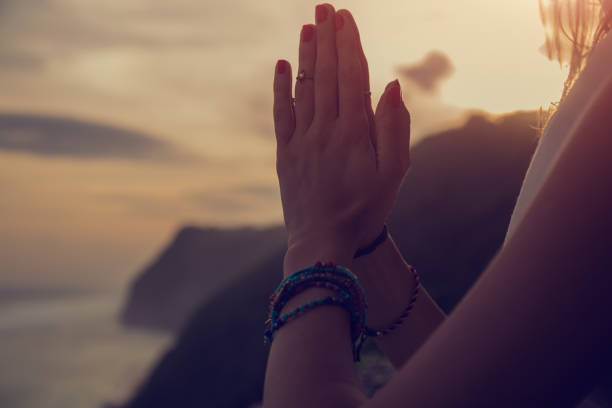 On Labour Day 1st May, I conducted a workshop in Singapore on the subject of Bhakti Yoga – Dasa Bhava (relating with Divine as leader), to a group of devotees of His Divine Holiness, Bhagawan Sri Nithyananda Paramashivam (fondly known as Swamiji). In that workshop, we touched on the topic of surrender.

So, what is the first thing that comes to your mind when you think of surrender?

From the Western understanding, they relate surrender as submission. There’s a big difference if we don’t understand it in the right context. We will be committing a grave mistake by misunderstanding the deeper truths. When you ask someone who does not know, you will either not get an answer or you will get the wrong answer. Only those who have experienced can explain clearly. If you ask the meaning of surrender to a person who has not experienced it, he will say, ‘Just give everything to God, that’s all.’ That is not surrender. Submission means destroying your will, bending your will whereas surrender means expressing your will 100% and dedicating your will to the higher will. Making your will in tune with the higher will is surrender. In Vedic tradition, the word surrender has a very deep meaning.

One man came to Swamiji and asked, ‘If I surrender everything to God, will everything be alright?’

Swamiji replied, ‘Yes, if you truly surrender everything to God, everything will be alright.’

That man returned after three days and told Swamiji. ‘Swamiji, I have surrendered everything to God.’

Swamiji was happy and asked him, ‘Where are you going now?’

He continued, ‘Whatever I do, God is only responsible from now on.’

This is actually a method of cheating yourself. If he has really surrendered, he would have surrendered also the drinking habit. He would not have even been able to drink any further. Many times, people tell their Guru that they have surrendered, but only to the level they are willing to accept.

Ramakrishna Paramahamsa, the enlightened Master from India beautifully says, ‘When real surrender comes from your heart, God will guide you in every step of your life and you can never do wrong.’ When surrender does not blossom from inside you and is only at the lip service, you will fool yourself and others. Real surrender will keep you thinking of Existence all the time. You will slowly lose your own identity, your own ego.

Ramakrishna Paramahamsa suffered from cancer during his last days. He had healed many people of many diseases. Someone asked him, ‘Why can’t you keep your mind on your own disease for a moment and heal it?’ He replied, ‘I have surrendered my mind to the infinite energy, Parashakti. How can I take it back to keep it on my disease!’. This is true surrender.

Two qualities are needed for real surrender to happen – commitment and maturity of the mind. You need not surrender to God or any master, you can surrender to anything. Surrender itself is a virtue and has a great power in itself. When you surrender, you are acknowledging that there is a life force greater than your ego, that’s all.

Actually, a master or Guru is only an excuse for you to surrender. The act of surrendering is what is important. Guru is not the goal; surrender is the real goal. When you surrender or when you lose your ego, you are no longer a separate entity from Existence; you merge with Existence or Paramashiva. You will then understand that there is no God sitting above. There is only Existence that fills everything in this universe including you! It is not important to whom you surrender; it is the thought of total surrender that has the power to change your life into a blissful one. When you surrender, you become a possessor of the inexhaustible energy that is Existence, and you handle anything that comes your way. You become strong and unshakeable, come what may. People around you will find you to be a pillar of strength. They will be able to feel the invisible hand of Existence through you.

Swamiji told us one important thing – even for him he still continues to learn, learn, and learn. That is surrender! It is the ultimate technique to merge with existence. One thing in the Cosmos that you can’t say you have finished learning: that is surrender. It is an unending process. Surrender is ultimate but not final. When you surrender the different qualities of the Cosmos starts expressing in you. So after sometime you will think that you are very intelligent and become egoistic. Then from that moment on, surrender stops and the expansion stops. Whenever you become stuck, the Cosmos will give you a strong blow again. When it gives you a blow, when there is no solution in the outer world then you look in again. Again, the Cosmos is sitting there, smiling. Telling you to come Back! Then you will see, that you will melt and surrender starts happening again. When it happens, the highest possible intelligence and the different qualities of the Cosmos starts happening again in you. This endless ultimate happens again and again; in the higher and higher dimensions.

To be a disciple means to surrender. In the beginning you surrender to the Master and then to the Cosmos or Existence. It is like this: the river must flow towards the ocean. For this, it has to flow with the current; it cannot flow against it. And only when it reaches the ocean, has it merged with its source, has it really found its reality. So, understand only when you have lost yourself to the source, you have found yourself. It is only in surrender that you come to know who you really are and the Master is the current that pulls you to your own source.

The Guru-disciple relationship operates from the very core of the being. Actually, it can’t even be called a relationship, it is much more than that. It is a deep connection between the realized and the unrealized. Soon, there will be no difference between the two, only a deep merging will exist and the unrealized will realize that they were always realized, just that they were not awakened to it! Namaste 😀