Have you seen the Paramahamsa? 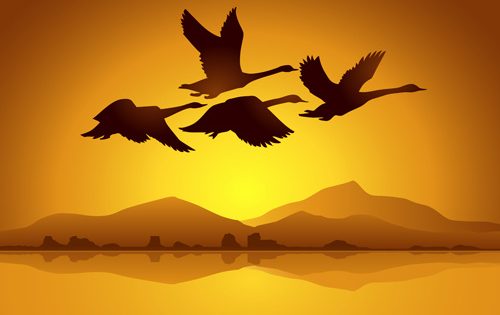 In the last article of 2018, I like to share a beautiful story told by His Divine Holiness, Paramahamsa Nithyananda (fondly known as Swamiji). It is a story about a Paramahamsa and the fish.

Because of the very commotion created by the fish, the reflection of the swan appeared to be shaking and moving in the water. But seeing that, the fish started thinking that the ‘big fish’ is moving! After a while, the fish even started fighting among themselves, saying ‘I am closer to the big fish than you!’

Gradually, the swan crossed the lake and started flying above the ground. Naturally, the reflection also disappeared. All the fish started crying, saying ‘Oh, the big fish has disappeared, how can we live without it?’

Let more and more intelligent fish go beyond the Maya (illusion) and awaken to the realization that they are also Paramahamsa and soar into the vastness of the sky with the great Paramahamsa. Namaste 😀

Note: The story of Paramahamsa was taken from the book ‘108 New-clear Bombs’ from Nithya Satsang by His Divine Holiness Paramahamsa Nithyananda