Healing out of powerful cognitions 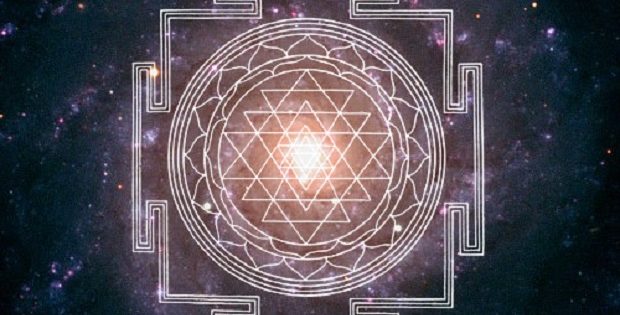 In the last 9 months, I have seen a few cases of phenomenal healing ever since I returned from India after having attended Mahasadashivoham, a program which was conducted by a living incarnation, His Divine Holiness, Paramahamsa Nithyananda in December 2017. In this unique program, he initiated the participants into many powerful cognitions from the original scriptures of Vidya Pada from Veda Agamas that was gifted by the Adi-Yogi, Sadashiva (Super consciousness). Basically, these powerful cognitions were like conscious seeds that he dropped into our consciousness and they started to sprout and manifest as powers.

The first case was a Vietnamese lady who was diagnosed with Stage 4 lung cancer in October 2017. Through her best friend’s recommendation, she decided to give this holistic healing program a try. So, before she started the healing program with me, she did a thorough CT scan at the Gleneagles hospital in Singapore which showed a cancer cell reading of 6.5. In the 10-day a healing process, she underwent various Vedic healing modalities like Yoga, Kriya, Vegetarian diet, Science of completion (poornatva), 3rd Eye healing, Nithya Spiritual Healing and manifesting the Shakti (power) of Anima to shrink the cancer cells. After 3 months, her next CT scan showed a cancer cells reading of 4.37 which was less than the normal rating of 5. The doctor was surprised by the report and he reduced her cancer medication for the first time. In early September 2018, she did another check-up after 4 months, the cancer cell reading continued to drop further to 3.43. Now she only needs to take half of the dosage of cancer medication. She is looking happier and radiant after a complete shift in her life and a wake-up call to live consciously with self-love.

The second case happened to be my ex-colleague who fell from her bicycle in mid August. She texted me immediately after the fall and we got on a video call where I did a body scan on her right elbow and noticed a hairline crack which was confirmed two days later after she received her X-ray report. I did the first healing that evening and after one week, she went back to see her orthopaedic doctor. He was surprised to see a rapid healing at the elbow and told her that the sling could be removed the next week. True enough, after 2 weeks from the fall, her right elbow fracture was completely healed and the sling was taken off. A friend of mine, who is a medical physician, read my sharing on Facebook, commented that this was considered a medical miracle healing based on his professional opinion because such a total linear fracture with displacement would usually require 3 months to heal and align. By his words, I was in awe by the grace of my Guru who initiated me into such an amazing gift.

So, what exactly is powerful cognition?

The next thing you need to understand is SPACE. Space is where length (logic), breadth (flow of logic), time, all three these are dancing and vibrating. Human’s goal is to rest in the highest existence and highest consciousness. Space is where everything manifests, for instance simple words like feeling suffocated, irritated, by uttering them again and again, you are creating the feeling. If you can avoid the words, experience is also avoided. You need to understand if a thought is stuck on space, the reality is generated. After continuous usage and produced experiences, that became your normalcy. When the language you use is stuck in the inner space, the reality is generated. Dancing in the space of Chidambaram created the Cosmos. Whatever is generated inside becomes reality. Generated good words or generated bad words, when they hit the space (Akasha), they are generated as reality. The space inside you, where you feel you are alive. The space where you are breathing and the whole space where you are living, Tahara Akasha – where your life is pulsating. The words you reverberate inside decides the quality of your state.

First powerful cognition – The words you generate inside your breathing space decides the quality of space.

Second powerful cognition – Life is a continuous rhythm. There is no break even by death or old age or smrutinasa – means losing memory. The moment you declare this powerful cognition, your gear is shifted to consciousness instead of matter, you can become enlightened and manifest all the powers just with this one powerful cognition because this cognition puts so much trust in life. Sadashiva (Super consciousness) defines: Remembrance that you are going to die, whatever actions, decisions, feeling, invoked in you, develops dharma (way of life) whereas remembrance that you are never going to die, whatever powerfulness is going to be invoked in you, that is Moksha (liberation). Your inner space should be hit with the idea – life is continuous rhythm. Hit your Tahara Kasha (alive inner space) with the understanding life is continuous rhythm, powers will start manifesting. When you are generating a will, and you remember your consciousness, that will becomes a reality. By the declaration that ‘life is continuous rhythm’, it shifts your existence from body, mind, to consciousness. From that moment, before any clouding starts in you, the will you generate starts manifesting powers.

The third powerful cognition – Static matter (Jada), dynamic activity (Shakti) and Strategic Existence (Shiva), they are one and the same, there is no boundary between them. If you cognize you as the Strategic Existence, you can manipulate, alter and remove static matter and dynamic activity. This is one powerful cognition which I used in the all my healing. I can say the result has been extraordinary.

The amazing effect of operating from powerful cognition is you feel the oneness with the Source and He simply manifests through you. The Agama says: only when you are initiated by Sadashiva, life enters into you. By birth, only the Gatta Akasha (space where you don’t manifest your life as you want) keeps you alive, not Tahara Kasha (space where your will is infused into you in oneness with the Source). I couldn’t agree more with this truth as a living example of this greatest blessing. Namaste 😀