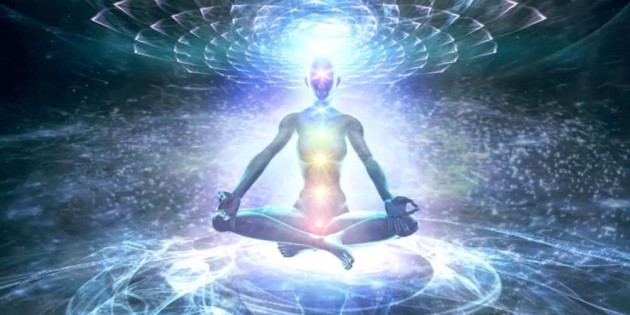 What is Kundalini Shakti?
What are its uses and benefits?
What are the fears related to it?

This article is taken from a Tamil discourse on the topic ‘Kundalini Shakti’ by a living incarnation, Paramahamsa Nithyananda (fondly known as Swamiji). A living incarnation is one whose Kundalini energy is fully awakened and who has the power to transmit the same experience to others.

The seed of the divine energy in all of us is called Kundalini Shakti. All of us have the seed of divine energy. If this seed is properly nurtured, it grows into God (Sadashiva). There are so many methods to awaken this divine energy of Kundalini Shakti. There was a famous Tamil saint named Avvai Piratti who illustrated the Kundalini as a snake. Snake is the symbol illustrated by our Siddhas for Kundalini Shakti. The Divine energy, Kundalini Shakti can be awakened by pranayama (control of breathing), manifesting right cognitions, by proper mantras, kriyas, Mano Shakti (power of thinking), even an energized herb (Ausadha) given by the Siddhas (the perfected ones) in this field by eating that herb. Do you know that even your intense fear and greed can awaken your Kundalini Shakti? When a terrible fear or greed arises in you, you will do things which are impossible. That is because the Kundalini Shakti is awakened. However, if you repeatedly awaken this energy by fear and greed, it is like constantly waking up a snake by hitting it with a rock. It may get up a few times but soon it will lose its strength after a while. This method actually weakens you and cause more harm than good.

Many people asked me, “Why is Kundalini Shakti always asleep?” It is a snake which sleeps until someone wakes it up. It never wakes up until you put some effort to wake it up. Listen to this truth intensely. If you want to become a lawyer or a doctor, whatever you want to become, you will have to study and prepare yourself for that. Same way, you should put some effort to awaken the Kundalini Shakti. Only with your effort, you can attain the Shakti. Yoga, meditation, kriya, pranayama, whatever spiritual practice you do, it is only to awaken the Kundalini energy. An enlightened master, Swami Vivekananda once said that even the prayer you offer to the deities, the energy from the deities does not actually transform your prayers into a reality. It is the Kundalini energy in you that makes the deep prayers into reality. If the Kundalini Shakti raises in you, not only you will be able to achieve anything in life, you will also be complete and fulfilled in Bhakti (devotion), enlightenment, yoga and physical health.

Devotees asked me “Swamiji, how do you heal people’s illness in one or two days just by keeping your hand on their head?“. I simply awaken the Kundalini Shakti in them. If this energy gets awakened, automatically physical health and mental health also happens. Life automatically blossoms sweetly with this awakening. This Kundalini Shakti has the power to give you more than whatever you ever wanted in life.

People ask me “Can we awaken the Kundalini ourselves?” If you have a small headache or a mild fever, you can take medicine for yourself but can you do an open-heart surgery by yourself? Even if you are a doctor, you cannot do an open-heart surgery on yourself. Awakening the Kundalini Shakti is like opening your being and doing surgery. Only an enlightened Guru can do it. Only if it gets awakened by a Guru, there will not be any side effect and it will be awakened in a proper way. Just like a river without bank is disastrous, a woman without chastity is disastrous, a king without principles is disastrous. A Kundalini awakening without a Guru is a disaster. It is dangerous to try to awaken your Kundalini Shakti without a Guru. Only a Guru can awaken Kundalini energy safely without any side effects and direct it in the right path with his Shakti.

People asked, “What is the safest method to awaken Kundalini Shakti?” The safest method to awaken Kundalini is directly getting the initiation (deeksha) from the Master. Like how for a small headache without seeing the doctor you can treat yourself. But for an open-heart surgery, you need a surgeon. Kundalini awakening is not an open-heart surgery, it is opening of the Being and doing surgery. Only a Guru can do this part properly. If Kundalini Shakti gets awakened, you will be able to create a huge impact in the society and the people around you.

People are able to live the words uttered by me not because of the beauty of words but the power of Kundalini Shakti behind those words, Vaak Shakti (power of words). That is what makes people live these words. Kundalini Shakti is the seed which resides in all of us. If it is awakened, completion flourishes beautifully in us. Deep incompletions like hunger and lust will also be completed by this energy. This energy detoxifies the body, destroys the very reason for diseases, the root of diseases. It awakens the other DNA layers which are dormant. The body and mind start functioning with a new joy, divinity and clarity. All these auspicious benefits happen with Kundalini awakening. From basic completions of hunger and lust to manifestation of powers like Ashtamaha Siddhis (8 great powers) like teleportation or materialization, the technique of awakening Kundalini gives all these possibilities. Many new thought currents, new actions and a new life will happen in you.

Kundalini energy also makes you experience bliss (Ananda) in your body and mind. You will be able to manifest a new reality whatever you can think of in your mind. Kundalini Shakti is the way to become divine, it is the doorway for Mt Kailasha (abode of Sadashiva – pure Super Consciousness). By awakening this energy, you can experience living enlightenment (Jeevan Mukti). Kundalini Shakti is the biggest treasure to be attained for any human being. Everything in life blossoms alongside with its awakening. Man becomes God if his Kundalini energy is awakened. Namaste 😀