Are you caught in illusion? 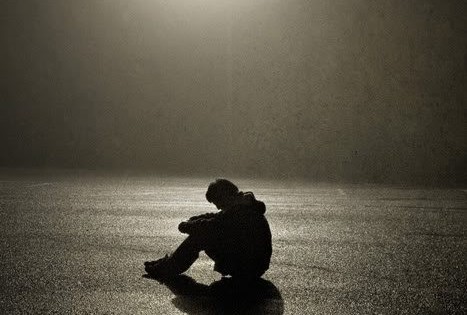 I am reminded of this beautiful story of Narada from Vedic tradtion which we can learn about the power of illusion (maya).

Narada was a great devotee of Lord Vishnu – the preserver in the Hindu Trinity of Gods. After sometime, he became very proud because of his closeness to Lord Vishnu. He believed that he was not affected by the daily situations in life that continued to keep a person from growing spiritually.

When Lord Vishnu saw that Narada’s pride was blocking his spiritual progress, he decided to teach him a lesson. A true master will never allow a disciple to get stuck along the path to enlightenment.

One day, Lord Vishnu asked Narada very softly “Narada, can you please fetch me some water to drink?”

Narada jumped up to serve his Lord and searched for a water pot (kamandalu) to carry the water. As he walked along the path, he spotted a woman with a water pot on her head. That was exactly what he needed! Narada asked that lady: ”May I take your water and the water pot for my Lord?”

As he spoke, he looked at her and was stunned to see how beautiful she was. Narada mesmerised by her beauty, felt that he wanted to stay with her forever and so he did. Narada lived happily with the beautiful woman and as the years went by, they have four children and he completely forgot about Lord Vishnu and his task to fetch water for his Lord.

Then one day there was a huge storm and the river near Narada’s hut flooded the banks and washed away his hut. The rushing water swept away his entire family. As Narada fought to save his own life, he suddenly remembered Lord Vishnu and cried out in fear: “Narayana, Narayana, please save us!”

Upon hearing his disciple’s cries, Lord Vishnu asked him, “Narada, where were you? I asked you for water!!”. At that moment, Narada realized that he had been caught in the world of maya or illusion for all those years. He bowed down to his Lord’s feet asking for forgiveness.

I am sure many of us can relate with this true story of Narada. Millions of people forget their life purpose and the Truth of who we are after assuming this human birth. We run behind the perishables like sensual pleasures, the society’s fear and greed; and what we see in front of us without using our intelligence (buddhi). When this happens, we move far away from the Truth or purpose of birth and eventually suffer from the diseases, depression and bondage of illusion. All the incompletions, diseases and pains we have in life are nothing but a reminder to us to get back to the path of seeking the Truth of self-realization. I was one of the millions who was once caught in the illusion untill I met my Guru, a living incarnation Paramahamsa Nithyananda (fondly known as Swamiji) in 2006. Through his grace, I was able to remember the purpose of my birth and mission I came down for.

If we are intelligent enough to see the power of illusion we are caught in and begin seeking through our self-effort, Existence will guide us to a living enlightened master. With the Guru’s grace, we constantly evolve the  consciousness treading the path of seeking for liberation till we experience the ultimate flowering of eternal bliss. Namaste 😀