Yoga: A Celebration of Oneness with Life 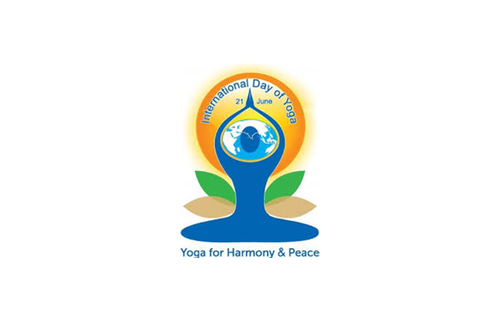 As you may be aware this Sunday, June 21st is the International Day of Yoga as declared by the United Nations on December 11, 2014.

The declaration of this day came after the call by the Prime Minister of India, Narendra Modi during his address to UN General Assembly on September 27, 2014 wherein he stated:

“Yoga is an invaluable gift of India’s ancient tradition. It embodies unity of mind and body; thought and action; restraint and fulfilment; harmony between man and nature; a holistic approach to health and well-being. It is not about exercise but to discover the sense of oneness within yourself, the world and the nature. By changing our lifestyle and creating consciousness, it can help us deal with climate change. Let us work towards adopting an International Yoga Day.”

Indeed, Yoga is one of the greatest gifts from Bharat (Sanskrit name of Indian subcontinent). If you consider Yoga as one of the religions, then Yoga must be the most practice religion in the world. In USA alone, the latest study in 2012 claimed the number of yoga practitioners had increased to more than 20.4 million, an increase of 29% from 2008 study. The same fire is spreading across other countries like China, South East Asia and Europe.

Personally, I had been a Yoga practitioner for 16 years and a living teacher for the last 14 years, I can say that Yoga has given me so much in my life, more than what I could even fathom with my intellect. I would like to dedicate this article as my heartfelt gratitude to the entire lineage of Yoga who kept this science alive on planet earth so that humanity can continue to raise ourselves in collective consciousness.

Here are the six experiences which fundamentally shifted my cognition about Yoga:

In essence, my relationship with Yoga has transcended from a mere physical practice to a deep spiritual adventure of oneness with everything, expressing new possibilities. That transformation happens by the grace of an enlightened master, Paramahamsa Nithyananda. From my experience, if you really want to  experience the depth of Yoga, a direct guidance of an enlightened Guru is a must because only a lit lamp can light another lamp as per the sacred text, Guru Gita. Namaste 😀