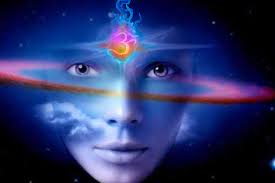 As a spiritual guide and healer, I discover that there is no other psychology that is more powerful and complete than Vedic Psychology. Some of you may be aware that I don’t use any of the traditional psychotherapy and psychoanalytic therapy which most people learn in mainstream institutions or universities of Psychology. This is because Vedic Psychology not only is able to provide me with answers to all the questions I have but it also offers a permanent solution to all complex psychological disorders. One recent case which I worked on, proves the power of Vedic Psychology and gives me so much confidence that I simply know many people with complex psychological disorders can be healed with this science.

Here is one case which I have been working since Sept 2012. A young female client who was suffering from regular anxiety attacks, fear psychosis as well as a self-harming tendency. She is a typical modern youth who is suffering from her past and parasite patterns of severe self-doubt, self-hatred and self-denial. She had been seeing a psychiatrist and a psychologist for over 3 years before she came to see me. She was also dependent on anti-depressant drugs for several years and constantly she felt irritable and uncontrollable with her mood swings and negative thoughts. Usually I would prefer to work with clients who are not on pharmacotherapy as the drugs just basically sedate their senses and most of them are not able to have an awareness to make a cognitive shift.

Honestly, when she shared her past with me, at first my little mind felt a little daunted because it was by far the most complex psychological disorder case that I encountered at that time. Nevertheless, my heart felt that I shouldn’t give up on her and as a divine instrument, the moment I took up the responsibility to cause her reality, I just knew the divine would shower me with the knowledge and guidance.

So over a period of 15 months, I worked on her physiology using yogic tools such as yoga practice, healing, Nithya Kriya for anxiety, Nithya Kriya for mental clarity and emotional stability and Catharsis techniques to shake her deep rooted engrams. At the same time, I worked on shifting her wrong cognitions about herself, people, life and God, using Vedic Psychology from spiritual books and Youtube discourses by my Guru, Paramahamsa Nithyananda and the Science of Completion. She also started a habit of journaling her thoughts and feelings, spending time to witness her thoughts and emotions. In many sessions, we would chat about the way her thinking and the emotions triggered which helped her see that they were very much imprinted from her past experiences. Fundamentally, I just connected her back to the Source – her very own wholeness.

Last week, she shared with me some of the remarkable transformations she experienced  within her. Now she is able to witness the micro-second gap between her thought of self-harming urge and awareness. That gave her so much confidence that she is able to respond not react which, in turn, reduces the urge to hurt herself. Through understanding of how her mind controls her and with her will power, she is able to drop her dependency on psychiatric drugs for the last 6 months! Another significant improvement is her relationship with herself has improved so much that she could see all the relationships around her are also improving. She could now see herself being a mother, a thought she couldn’t imagine in the past as she was not able to handle herself. A few months ago, we sat down to identify a list of fears she had and she was glad to inform me that many of the insignificant fears on the list had fallen off, leaving only the genuine fears because she was able to look in deeper the real source of fear. I simply know healing is happening and she just needs to work on cleaning up her inner space from her root patterns and parasite patterns through powerful initiations of an enlightened master by attending Inner Awakening programme. I was in awe with the progress that she made.

In essence, the Vedic Psychology represents the most thorough inner science of human consciousness which is another great contribution by the ancient rishis, sages, saints and masters. It covers all the different mental setups – happened, happening and yet to happen, and issues that humanity is facing. I can foresee that Vedic Psychology will become a recognised Science worldwide in a near future. Namaste 🙂