How to ground your child? 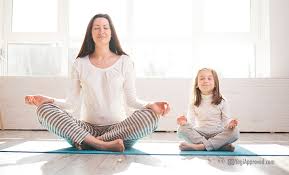 Last evening, I gave an enlightened parenting talk on the topic of grounding children of this era from spiritual knowledge of Vedic tradition. There were about 23 parents and 19 teachers who attended this sharing, many of them received so many clicks about parenting especially from Questions & Answers session. Since millions of parents out there in the world had missed this session, so I decided that perhaps sharing it in writing would be another way to give access to this knowledge for humanity.

First fundamental truth – children represent intense life energy, that is why it is such a joy being with them. The role of parents is to hold a space for their children to harness this energy and channel it to creativity and positive life-affirmative experiences such that it leads them to self-discovery of their passion and life purpose. When a child discovers his or her passion, so much enthusiasm and creativity will simply flow out of their being.

In the age of Kali Yuga (age of darkness), we are seeing children are having behavioural issues such as restlessness, short attention span, dullness, boredom, obesity as well as developmental issues. The issues are more severe in cities than villages. Do you know what factors contribute to kids not being grounded?

One of the greatest crimes done to the consciousness of children is parents exposing their child into the digital light-source gadgets at a very young age. Many modern parents are too busy coping with life that they don’t spend enough time with their children. So, they push the tablets or mobile devices to their kids just to keep them entertained. You should be aware that human eyes are capable of processing 10-12 frames per second but the gaming videos and motion pictures are going at faster between 60-120 frames per second. The fast speed processing makes children insensitive and unaware to their surroundings. These light-source devices not only reduce their creativity but also increase their impulsive and violent behaviour. The truth is human intelligence only picks up what is fed from the environment, these media are mostly filled with violence and perversion. HDH Bhagawan Sri Nithyananda Paramashivam, a living incarnation (fondly known as Swamiji) once revealed that anything that makes us unconscious, it becomes a habit very quickly. When we can’t be with ourselves in restful awareness, we seek entertainment or distractions outside. That is why the modern entertainment is so adrenaline-based which constantly puts us into unconscious state. It is like killing ourselves as the frequent adrenaline rush to get a feeling of ‘high’ means that we are entering into unconscious enjoyment that dulls our senses. Constantly, the kids are put in fantasy which blocks their root chakra (muladhara) which in turn, makes them not able to ground in reality! Children should be allowed to spend maximum time with nature, in creative explorations like music, art and crafts, dance that create enthusiasm and involvement in life. Many parents asked for solutions how to get their teenage sons out of video game addiction.   No amount of psycho-therapy or counselling can fully cure the pattern of addiction because addiction is a conscious cancer which can only be burnt by the fire of consciousness.  All addictions come from the root pattern of restlessness, addiction can only happen in the unconscious zone; hence the antidote for addiction is by infusing consciousness through spiritual understanding, awareness and spiritual practices.

Second important factor is the impure diet that kids are taking due to many huge companies with vested interest to dominate the food-chain with highly processed food and GMO products, processed sugar and chemicals and non-vegetarian food. The food contains a lot of unnatural ingredients which create havoc in their bodies and consciousness due to chemical changes. Parents should become aware what they put on the plate of their kids. Sattvic (balanced) diet that are naturally-grown, fresh, organic and vegetarian is the best nourishment for children and adults.

Third factor is vaccination manufactured by the pharmaceutical companies and reinforced by local government which have caused certain mental development problem in children such as autism and even death in some cases. Many of the ingredients from the vaccination are highly toxic which can interfere with a child’s wellbeing.

Fourth factor is the sedentary lifestyle where kids are not active physically but mentally hyper-active or restless. Human beings are not hardwired for such a low form of existence, we are meant to radiate intense life energy and a huge possibility. Many modern kids are having health issues like obesity and diabetes due to inactive lifestyle and improper diet. When a body is filled with too much tamas (dullness and lethargy), naturally a child will not feel grounded in his or her body.

The fifth factor is kids are carrying too much tensions from society at physical, mental and emotion levels which lead to inner disturbance and violence. The ambience (Vatavarana) that parents hold is absolutely important for a child’s well-being. Whenever we carry tensions in the body-mind, we do not experience our true nature that is loving and inner peace. The more children are relaxed and the more they become healthy, creative and joyful.

The only way to ground children in Kali Yuga is to go back to the Vedic lifestyle which is rooted on Veda-agamas as prescribed by the Adi-Guru, Paramashiva. The entire Carya Pada – the ultimate way of living is a disciplined Yogic lifestyle focusing on preparation for the manifestation of Yoga, asanas (postures), pranayama (breathing), Dhyana (meditation), sattvic diet and powerful cognitions leading to the manifestation of powers (shaktis). That is the reason why Swamiji is reviving Gurukul – the Vedic education system which creates a conducive ambience for children to flower in their consciousness and make them independent thinkers and dynamic leaders of the new generation.

The revival of Gurukul is becoming more urgent than before because children represents our future, as parents and teachers we have to take the responsibility to ground them and raise their awareness and consciousness to higher possibilities. Namaste 😀

Note: Enlightened Parenting session is a bi-monthly talk which I host with parents and teachers globally. If you are interested to join the next session, email to this link [email protected]