Importance of Completion with Parents 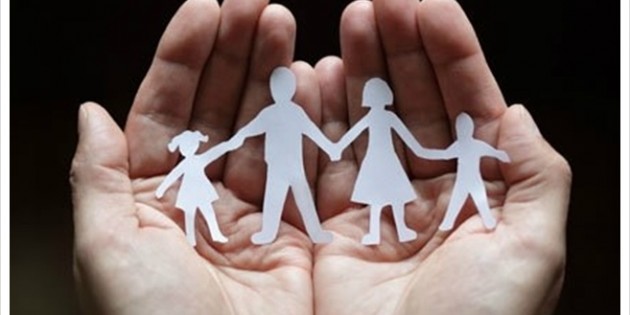 You may ask – what is root pattern?

According to Swamiji, a living Avatar, His Divine Holiness Paramahamsa Nithyananda, he defines root pattern as the first attack of any strong emotion happening in you and imbalancing your whole cognition, giving birth to your mind, the pattern you developed from that moment, is called ‘root-pattern’. It can be anything as simple as your mother did not give you the cake, instead she gave it to your brother or as traumatic as a physical abuse! It does not matter the actual incident, what really matters is the moment powerlessness takes over you for the first time in your life, and your cognition is imbalanced, the mind is born, the pattern which you develop at that time is “root-pattern”. That is the root on which the mind is born. The moment the root-pattern is born, our life is destroyed and our growth is stopped! Only when we complete with our root-pattern, we begin to come back to life again, life starts happening in us. Till we understand our root-pattern and complete with it, we cannot be peaceful anywhere in the world even in the most luxurious serene beach resort. A disturbed inner space caused by the root pattern will constantly carry the wounds and smell of this incompletion.

You should know that everything in Existence has a root, everything we do has a reason. The way you think, the way you react, the way you respond, the way you cognize, why you behave the way you behave – a part of the process of awakening is the need to find out the root of our happening. The root pattern usually happens in the first seven years of a child’s age. Hence it tends to relate with the child’s parents. This is because parents are the first and foremost possibility for the child since the child’s first and most prominent wiring of the brain happens in the presence of the parents. Do you know that the root pattern related to mother affects one’s physical health, and root pattern related to father influences one’s mental health? In fact, Swamiji revealed that the parental conditioning in the form of mother is the last bio memory to leave us at the point of the death or enlightenment. Hence, we can see the deep-rooted impact of the parents’ influence in a child’s life.

After having learned about science of completion from Swamiji and guiding people to complete from their past hangovers, two important lessons I cognized:

One, many people would have already developed many root patterns by the time we reach the adulthood. The way to complete with these root patterns is through the Science of Completion (Poornatva) gifted by Sadashiva (Superconsciousness) in Shivajnanopanishad or Vijnana Bhairava Tantra Sloka 94th verse (22nd technique). Completion with parents are fundamental in releasing a lot of the engraved memories (samskaras) created by the unconscious parents. The root pattern can be a painful deep memory to relive that they don’t wish to open up this past. However, if we cognize that the root pattern is a hangover from the past which is sitting in the present moment and destroying our future, nobody will want to prolong their suffering. The feeling of powerlessness is slavery, you – feeling powerful is freedom.

Second, children should be taught the Science of completion at a young age so that they are freed from the pain and suffering of root patterns related to parents. They can experience their pure space of completion and innocence once again and start engaging with life. As we know that parents play the vital role of giving a child the foundation of possibilities, the courage and confidence to explore life, before adults enter into parenthood, they should have completed with their root patterns and their parents under the guidance of an enlightened Guru. The Guru becomes the Cosmic Father and Cosmic Mother who heal the Being from all the past wounds. Then a new intelligence will open up to guide us in nurturing the new generation of evolved beings who can take the human civilization to an entirely different plane.. From my own experience, after I have completed with my root pattern in 2013, I knew how to help my son to complete and bring him back to the space of possibilities. He is constantly radiating such bliss and playfulness of an innocent being, life is a joy living around him. Swamiji also revealed that when a child experiences the completion, he or she will understand how to use his or her innate potential to harness the world of possibilities that is available to them. This is so true as I speak from my observations of my son who is constantly exploring new powers and higher possibilities in life. I tell you completion is literally like giving your child the vaccine for pain, guilt, fear, anger, frustration, greed which makes them invincible to any disturbance in their inner space. Guiding them with the right understanding and loving them is all a parent must do instead of being over-protective and creating unconscious root patterns in the next generation.

In essence, let us all take responsibility in completing with our own root patterns related to our parents so that we can help the future generation and raise the collective consciousness of humanity. Namaste 😀