Joy of living with a divine child 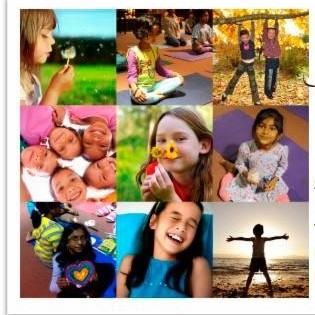 “Children are forms of God living with us. They trusted you and chose you for their journey. Keep them like flowers“

I always knew that my son was a divine child because the very first day when he arrived on planet earth, he really looked like a little Tibetan Lama in a meditative state. I could remember clearly I was shown his innate intelligence during my first breastfeeding moment. I was shocked to see he could lift up his head to breathe when his nose was covered by the breast.

At 6-month old, he already knew how to come down from the bed by himself. I didn’t believe it at first when his nanny told me until I saw it with my own eyes. He would flip his body over and then wriggled his body like a worm till he reached the edge of the bed. Then he held on to the comforter and glided himself down for his feet to touch the floor. That was the moment you saw his jubilant smile as he jumped in joy. For a child to develop such an advanced motor skill, it means his brain must be very developed. He could play Hide-and-Seek with his nanny by 8th month. His nanny would be hiding behind a sofa, that little boy would be crawling and then surprised her when she least expected it. His sensing of the people who he could relate with was already developed.

I also observed his amazing power of visualization as he was able to grasp the imagery whenever I told him stories and jokes. You could tell he created the whole story in his inner space and he was able to laugh loudly from his own imagination. His infectious laughter would melt all the stress and worries of the day from the job.

My favourite time with him was the bedtime before I put him to sleep. By the time he turned 3, I had already met my Guru, Paramahamsa Nithyananda – a living incarnation (fondly known as Swamiji). As Swamiji had filled my Being, I started sharing with him the fascinating lives of many enlightened masters and he would listen in awe with the miraculous happenings of enlightened beings. I taught him Yoga and meditation so as to prepare his body, just like Swamiji’s body was prepared by his Gurus at the age 3. I can say he literally grew up living and breathing the immense possibilities of enlightened masters.

As a mother, I always hold the space of possibilities for him to flower into higher consciousness. I give him courage and confidence to explore and play with life as an adventure. I also try to keep him in an innocent space by shielding the negative impacts from the unconscious society as much as I can. I avoid giving him my patterns of fear and greed, instead I only present the facts for him to make his own decision. My child lived in a pure space and you could see his enthusiasm for life without fear. It posed a great challenge for us as his parents whenever we took him out because he disappeared in seconds when you were not watching him. In fact, we had lost him a few times in shopping malls and the park.

By the time he turned 6 years-old, I brought him to meet Swamiji in an event called Kalpataru in Singapore. The scene when both of them met was really touching! In that event, the children were asked to leave the event hall during the meditation as a part of energy darshan (divine sight) preparation. My husband took my son out during the meditation to the playground at the premise. Suddenly my son realized Swamiji had arrived in the hall, he started running towards the doors of the hall, asking the volunteers to let him in. The volunteers said the meditation was still going on, he couldn’t go in as yet. That boy was so intense with his desire to meet his master, he ran up and down to the different doors of the hall, pleading each volunteer to let him come in. Finally, the energy darshan started, they opened all doors for the children and parents to enter, my son ran towards me in tears telling me they wouldn’t let him come in to see his master. The moment it was our turn to come to the stage to receive Swamiji’s blessing, my son just dived forward where Swamiji was sitting on a throne and hugged his master so tightly – as if someone he missed dearly. As I knelt down next to my son witnessing everything, I experienced the sweetness of the pure innocent devotion of a child!

From 2012 to 2017, we always spent December month with Swamiji for the next level of muscle memory and bio memory upgrade in Inner Awakening program. The most recent program – MahaSadashivoham in December 2017 with Swamiji created a quantum leap in transformation in both of us as we started to manifest different Shaktis (powers) of Sadashiva (Super Consciousness). Life with my son has literally entered into a whole new level of possibilities. He is able to help children with autism by scanning them and rewiring the brain. I saw him giving prescription of certain herbs or food as medicine. One mother of a special needs kid was so relieved to hear what my son revealed to her about her child. She was able to make intelligent decisions to help her child instead of feeling guilty due to societal conditioning. With this power, he told me that he would scan and heal people who come into his breathing space without them knowing. He is constantly playing with new powers in different dimensions and express new possibilities. The maturity in him started to flower as well in terms of aligning himself more to spiritual principles of integrity and authenticity, taking responsibility to enrich himself and the world. The kind of conversation we have on a daily basis is about playing with powers and how we could enrich the world with our gifts to heal people. Children with an awakened third eye and consciousness initiated by Swamiji is such a blessing and joy to live with. They are literally the forms of God living on planet earth and a tremendous blessing to the world. As a mother, I really enjoy his presence as I continue to hold a space of possibility for him to radiate the state, space and powers of Sadashiva (Super Consciousness). Namaste. 😀