A Return to the Source of Yoga 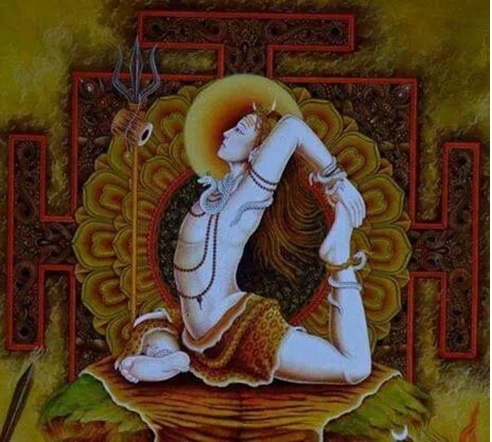 After my last spiritual retreat called Sadashivoham 2016 in last December, I find that this year I am slowly gravitating towards the very source of Yoga from Veda-Agamas which is the Source books of Hinduism or Sanatana Hindu Dharma. The revelation from the Veda-Agamas form the Shastra Pramana – the scriptural authority on truth which came down directly from the mouth of Adi Yogi (original Yogi) – Sadashiva to his consort, Devi Adishakti.

For a living Yogi, I am so grateful to my Guru, Paramahamsa Nithyananda (fondly known as Swamiji) who is a living incarnation, for reviving the original space of Yoga from which Sadashiva created this science. He reveals that “Vedas are the ultimate, superior authority for the Hindus. Vedas are like a pure science where the ultimate truths are explained whereas Agamas are the scriptures where the applied technology, the applied science is expounded.”

He further reveals that Nithyananda Yoga combines the 3 pramanas, namely Shastra Pramana which is from Veda-Agamas, Apta Pramana is from experiences of enlightened sages like Rishis, Munis, and Avatars & finally the Atma Pramana is from Swamiji’s very direct experiences. When these 3 are combined does the initiation safely culminate in Sakshi Pramana – the individual disciple’s experience of the highest state and power manifestations of Yoga. After years of dilution and pollution of this sacred science, the most profound and context of Yoga is now being revived and transmitted as a tangible experience by Swamiji.

I am going to share a few important Shastra pramanas from the Source which resonated within me, they lead me into a new space of knowledge in Yoga:

The more I become aware of the original instructions by Sadashiva, the more I am able to experience the space of Yoga with Sadashiva. In fact, this morning I had a brand new experience on the one to be meditated. From my experience, each Shastra Pramana actually opens up a whole new experience and understanding in me. If you are a sincere yoga practitioner, I highly recommend you start imbibing these fundamental Shastra pramanas so that they become your own experiences – Shaksi pramana. Namaste! 😀