In the breathing space of a living avatar 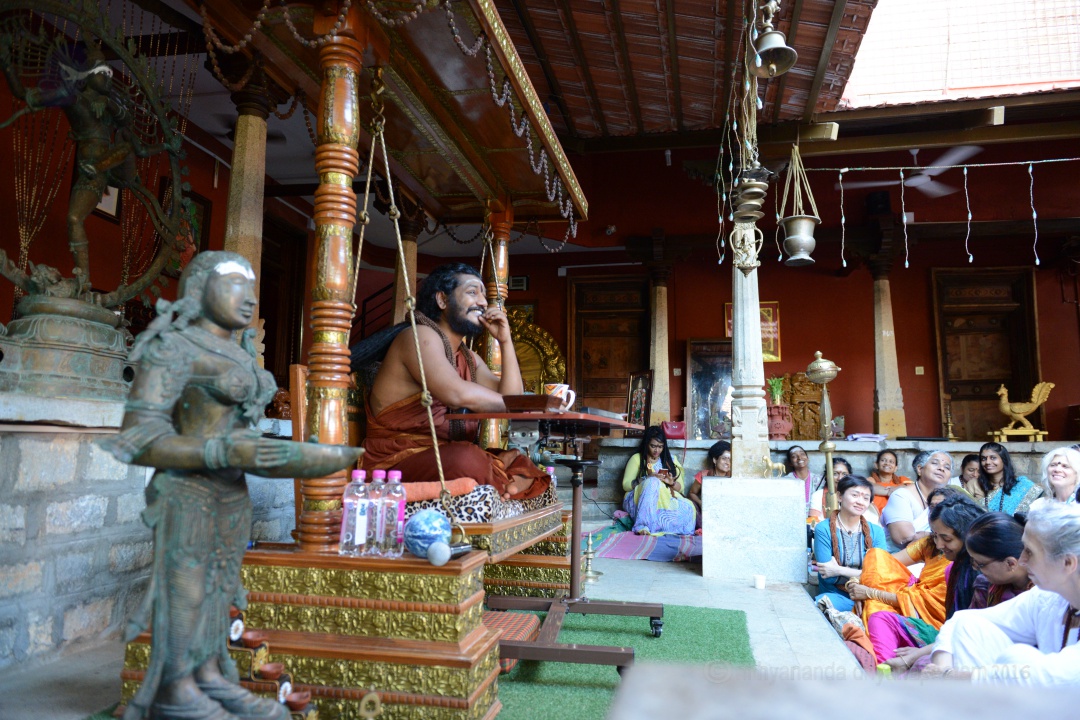 How many people get to spend 3 months in the breathing space of a living incarnation (avatar)?

I am one of the 92 blessed beings from a database of 17,000 devotees specially handpicked by my Guru, Paramahamsa Nithyananda (fondly known as Swamiji) to be part of this 3-month program called Nithyananda Yogam. This program was designed by Swamiji to give the participants a glimpse of the mystical yet divine experience he had with his Guru, Arunagiri Yogeswhara (an incarnation of Lord Shiva) at the age of 9. The space of deep love and devotion in a casual setting which he revered with Arunagiri Yogeswhara, Swamiji is opening up this sweet space for us to have a taste of this unique Guru-disciple relationship. Literally we get to live with him in his breathing space in his courtyard called Adikaranandi in this campus. I belong to the second batch of Nithyananda Yogam called Navaratri batch since the program started before the celebration of Navaratri (9 nights of celebrating Cosmic Mother).