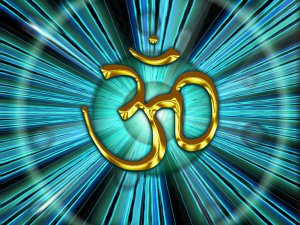 In the 7th Yoga Sutra of Patanjali, we know that there are 3 different levels of knowledge – the direct perception from senses, inference from right cognition and the words of an enlightened Master.

If you only follow the society, you will only have the first level knowledge (pratyaksa), the society will be primitive as it does not know anything except what they perceive through their senses. If you are living at that level of existence, even if you live with all the wealth, name and fame, power, everything, you will only be depressed because it is like having a TV with only one channel and you don’t even know how to switch on the next channel – the next level of knowledge which is available to us. The truth is life is knowledge, expansion of knowledge is life. When we are unable to expand in knowledge after certain level means death by the first 33 years of our life.

People open the second level of knowledge are the artists, scientists, creators, poets and thinkers. For example, a sculptor may perceive a stone through his senses but he is able to remove certain parts of the stone and transform it into a sculpture. He is using the inference through cognition to enter the second level of knowledge. Rarely some civilisations offer opportunities for science, art, creativity or inference dimension (anumana) for the next 33 years till your retirement. That’s why there is a high level of suicide rate among the senior citizens all over the world.

The third level of knowledge is very rare, only the very intelligent civilizations accept, internalise and experience the words of the awakened ones, the words of the enlightened ones (agama). As the civilisations evolves to higher and higher level, it starts accepting and encouraging the higher levels of knowledge. It is only when a civilisation moves to the very subtle, very intelligent level that it starts to accept agama, the words of an enlightened Master. Only such a civilisation can keep on offering you something new for your entire life.

My Guru, Paramahamsa Nithyananda (fondly known as Swamiji) said that if you move naturally from level to level of knowledge in your life, you are a complete human being, you will live as a fulfilled being, this is called ageing gracefully. If the third level of knowledge has not happened in your life – feeling connected to the words of the enlightened ones – the higher level of knowledge has not opened up in your consciousness. Be very clear, you will fall into depression by the next 33 years after you hit 66 years of your life and your life will become a living hell. That’s the worst thing that can happen to a human being. The Vedic civilization has done a great service to humanity by awakening the highest level of knowledge in every human being because it is structured in such a beautiful way that one goes through the first and second levels naturally and the third level of knowledge will be automatically awakened in you. The enlightened beings understand that all the three levels of knowledge are related to the words of the enlightened master, so there is no conflict at all. By the time you are above 66 years old – the third phase of your life, you will be able to sit in meditation, in contemplation because you would have been prepared for it during the first and second phases of your life. You will live gracefully and age gracefully. So if you don’t want to fall into suicidal tendency by old age. The one and only way is to awaken the most subtle dimension of your being, you will have ‘YOU’ to you. That would be the greatest service you will do to yourself and the world, the best retirement plan for anyone.

In essence, start preparing yourself to move away from the wrong knowledge to receive the third level of knowledge – the words from the enlightened beings and you will never ever feel bored in your life. Namaste. 😀