Rewiring of Root Cognitions for Enlightenment 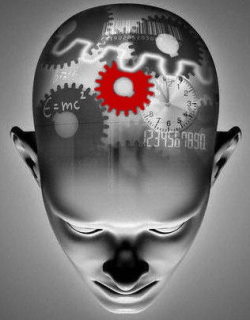 Are you aware of your root cognitions?

For example, some people carry the root cognition that “Life is suffering” or “Life is depression”, so even before they start solving any problem in life, the root cognition already sets the base of the battle-field. Root cognition is the line where the fight between you and your life starts. With this wrong root cognition, you can never experience joy, bliss, completion because the fundamental belief is wrong which has to be completed. So understand the importance of having the right fundamental root cognition.

As I was taking stock of my spiritual account on 31 December – the last day of 2013, I realised how much spiritual expansion had happened to me as a result of many rewiring of my fundamental root cognitions through the grace of a master. My Guru, Paramahamsa Nithyananda (fondly know as Swamiji) had inserted some of these very strong root cognitions inside me and some other root cognitions came from my own listening to my being and realisation. Together, they form a powerful intelligent grid for which I play with my life now.

Let me share with my readers the TEN root cognitions that I live my life now:-

If you are keen to find out your root cognitions, Swamiji gave a simple technique – just sit with yourself for the next 48-hours and look in sincerely without judgment, you will start to have an inner awakening of how you have been living your life.  Namaste. 🙂