Living with Truth vs. Logic 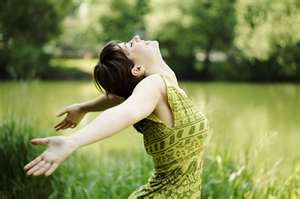 Do you function purely out of logic or intellect in life?

We are trained by schools, institutions and society to function with just logic or intellect which is fact-based. Facts are logical which is easy for our mind, but truth is beyond logic which our mind cannot fathom. That’s why we always believe facts but doubt the truth. We can use facts to support our thinking and arguments which is easily accepted by society. By and by, we begin to believe that our mind is very logical, we are a logical person. We start to make our mind the master.

So where do your facts stand? Facts are simply parts of the larger and whole truth. Your idea of a perfect straight line is simply a small portion of one big circle. Go beyond the facts and logic and see the whole truth.

Living with logic is like living life in illusion. The first illusion is thinking our mind is logical. Actually the mind is the most illogical thing. If you sit down and start penning down your thoughts sincerely without editing, you will notice we are running a mental asylum inside our head. One moment, you would have been thinking about work, then for no reason, you will jump to the home matters, the next moment, without realising it, you will be thinking of someone in somewhere. There is no connection, no rationale and no logic in the way our mind moves from one thought to another. Vivekananda, an enlightened master once said that “Our mind is just like a drunken monkey that has been stung by a thousand scorpions.” A monkey by itself jumps for no reason, which is the nature of our mind; constantly jumping from one thought to another without a logical connection, where there is only chaos and not order. All our life’s pain and sufferings are caused by our irresponsible thoughts because 99% of our thoughts are wasteful and non-productive. If we remain faithful servants to our mind, we will only be constantly tortured by our intellect.

The second illusion that we need to realise is logic gives us success in life. I’ve not seen an extraordinary high achiever who operates purely on logic! The so-called intellects only have big ego and an attachment to their individual identity. When we work through the intellect, we are working at the conscious level but we function more like a computer or a robot, running to logic for every small or big thing. With logic, one lives an ordinary life, missing the ability to express tremendous energy and enthusiasm.

The third illusion is we think we can deduce the right decisions through logic. No, intellect itself means fighting between various fragments within ourselves in trying to reach a decision. It will be constant push and pull of things and finally nothing concrete will get accomplished. We end up more confused and exhausted by many possibilities and dilemmas. We over analyse things with our logic by creating different scenarios, different what-if plans, we reject one after another till we are totally exhausted and confused. Under the push and pull of emotions and thoughts while taking decisions, any decision that we take causes regret in some forms. This crazy process of push and pull make us feel tired and almost paralysed at times.

The fourth illusion is logic keeps us sane and happy. Living with logic can never bring happiness and joy in life. One cannot have good relationships in life because with logic, love becomes conditional and transaction-based. We need to understand the self, world; life and Existence are all beyond logic. An apt quote given by Paramahamsa Nithyananda:

In a nutshell, the truth is the mind is just a current of irresponsible, irrelevant thoughts, about the past or future! The only thing our mind does is to damage our consciousness – the more thoughts the more the damage to our consciousness. The dangerous thing is we are not even conscious of this is happening within us. All our thoughts are just a race towards nowhere. Our consciousness is like a mirror whereas the mind is like the dust which covers the mirror. The only way is to remove the dust – by transcending our mind.

Through spirituality, I learned not to trust my mind instead I found that there is another way of living – living with the truth and out of intuition!

Living with truth is about being in the present moment, in your presence. When you are centred in the present moment, you will not have thinking to do at all. Then your mind becomes a servant to your consciousness. The mind becomes a tool to handle large volumes of information when it is required, or else the inner space is kept clean and empty most of the time. The small space becomes available to write small statements pertaining to that moment, to handle that moment, to flow with the moment and take decisions spontaneously then it becomes empty until the next moment calls for it. When the mind works in this fashion, the words that appear in the mind for every moment will not be dependent on the person at all. They will simply appear according to the situation, driven by the emptiness and all pervading intelligence and then fade off.  This is working at the intuitive level.

Suddenly, we will know what is right even though we may have minimum data, and no precedence to support our decisions but we just know. We may be presented with many choices and suddenly one pops up strongly. This is the way how I operate now most of the time. Intuition not only gives us the power to decide but also the energy to implement the decision. We feel rejuvenated at the end of the day if decisions are made at the level of intuition. There is no hangover of guilt or regret, only a feeling of lightness and bliss.

It is time human beings go beyond logic and see the whole, stop thinking and start living.