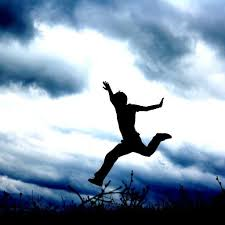 Last week during a evening discourse, Paramahamsa Nithyananda (fondly known as Swamiji), a living incarnation told all his disciples and devotees to pen down a list of 25 things which they were inspired by him but didn’t take action. Many devotees wrote many things but one common obstacle is laziness which prevented them from experiencing health, expansion and feeling connection with Divine.

One thing I picked up from Swamiji’s enlightened body language is this constant intense action. Literally I’ve seen him working at least 20 hours a day and he is so piped in to all the activities not only in the headquarter in India but also the entire global organization. He has such huge capacity and enthusiasm for everything which raises the human consciousness to divine consciousness. Swamiji once revealed that performance of intense action constantly evolves our system to new possibilities and new realities. He said a man of intense action does not allow patterns to grow – this is the truth based on my own experience as well.